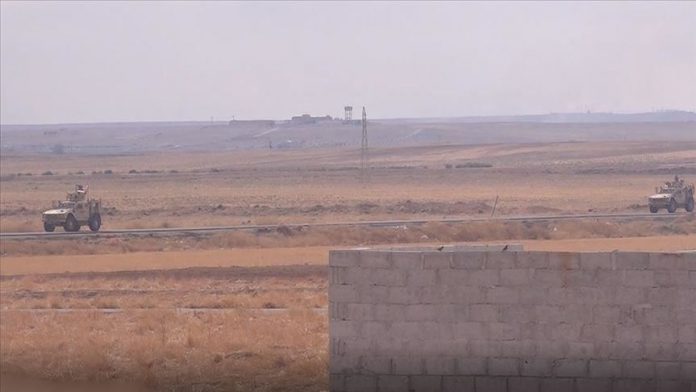 The U.S. military dispatched on Monday ammunition from Syrian village in the northern Raqqah province, used as an armory by the YPG/PKK terror group, to the northeast of the country.

Convoys departing from the Silos area of the Ayn Isa village headed to the northeastern al-Hasakah city using the M4 highway which runs parallel with Syria’s northern border with Turkey.

Among the convoy were nearly 70 U.S.-flagged vehicles including personnel carrier armored vehicles, mine clearing machines, fuel depots and trucks.