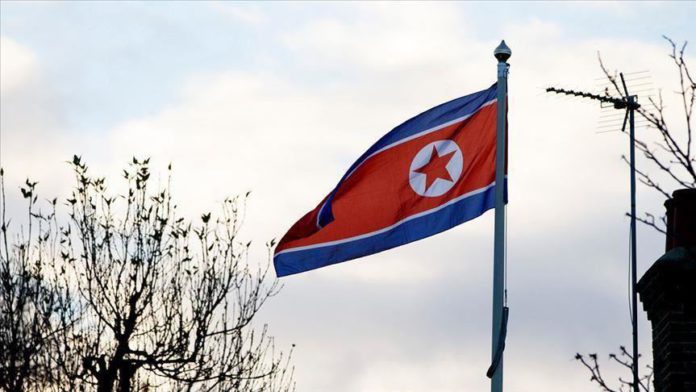 The US said Tuesday it is “disappointed” by North Korea’s decision to sever communications with the South, urging Pyongyang to return to negotiations.

“The United States has always supported progress in inter-Korean relations, and we are disappointed in the DPRK’s recent actions,” a State Department spokesman told Anadolu Agency on condition of anonymity.

“We urge the DPRK to return to diplomacy and cooperation. We remain in close coordination with our ally, the Republic of Korea, on efforts to engage the DPRK,” he added.

The comments follow reporting from North Korea’s state media that it “will completely cut off and shut down” all communication lines with South Korea in retaliation for what it said are Seoul’s “conniving hostile acts” against Pyongyang, which have “driven inter-Korean relations into a catastrophe.”

“The relevant field of our side will completely cut off and shut down the liaison line between the authorities of the North and the South, which has been maintained through the North-South joint liaison office … from noon on June 9,” read an official statement quoted by the agency.

The other links being severed include the East and West Seas military communication lines, an inter-Korean trial communication line, and a hotline between the Central Committee of the Workers’ Party of Korea and South Korea’s presidential Blue House.

According to the report, North Korea was particularly enraged about Seoul’s failure to stop anti-Pyongyang propaganda leaflets from being sent and warned that South Korea would “pay dearly for this.”

“As far as the issue of the dignity of our supreme leadership is concerned, there can neither be a pardon nor an opportunity,” the statement said.

North Korean military officials did not answer a morning phone call by South Korea on Tuesday, the first such instance since 2018, according to the Yonhap News Agency.

“North Korea did not answer our calls via the military communication lines this morning,” the agency quoted Defense Ministry spokesperson Choi Hyun-soo.