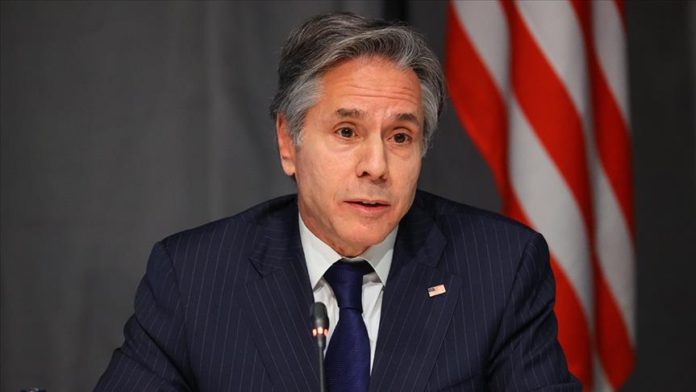 US diplomats in Ukraine will spend the night in neighboring Poland for security reasons, US Secretary of State Antony Blinken said late Monday.

“Our personnel will regularly return to continue their diplomatic work in Ukraine and provide emergency consular services,” the top diplomat added.

“The United States’ commitment to Ukraine’s sovereignty and territorial integrity in the face of Russia’s aggression is unwavering,” he said.

“The fact that we are taking prudent precautions for the sake of the safety of U.S. government personnel and U.S. citizens, as we do regularly worldwide, in no way undermines our support for, or our commitment to, Ukraine. Our commitment to Ukraine transcends any one location.”

“The security situation in Ukraine continues to be unpredictable throughout the country and may deteriorate with little notice,” he added. “There is a strong likelihood that any Russian military operations would severely restrict commercial air travel.”

“Russian troops have continued to move closer to the border in what looks like plans for an invasion at any moment,” he noted. “There have been reports of increased cease-fire violations in Kharkiv, Luhansk and Donetsk in recent days. And Russia has ordered troops to deploy into the so-called DNR and LNR regions of Ukraine.”

The move came after Russian President Vladimir Putin officially recognized Ukraine’s Donetsk and Luhansk regions as independent states Monday and signed agreements with their separatist leaders in the Kremlin.

Last week, Blinken announced that the US was moving its embassy operations in Ukraine from the capital Kyiv to the country’s western city of Lviv.

In a statement, the top diplomat said he ordered the measure for the safety of the embassy staff and reiterated his call for US citizens in Ukraine to leave the country.