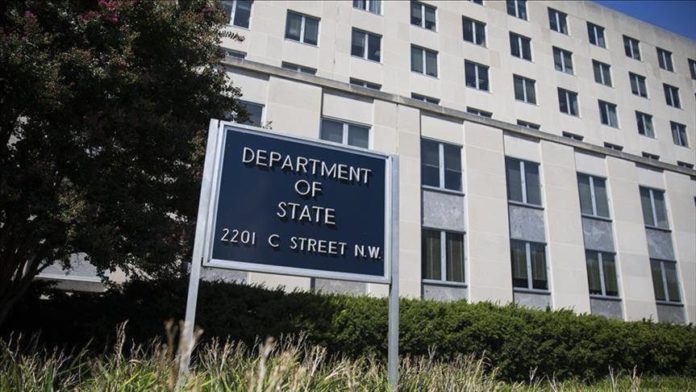 The overthrow of Myanmar’s civilian government constitutes a military coup d’etat, the US formally determined Tuesday.

“After a review of all the facts we have assessed that the Burmese military’s actions on Feb. 1, having deposed the duly-elected head of government, constituted a military coup d’etat,” a State Department official told reporters on condition of anonymity.

The official, one of several who briefed reporters, was using the US government’s preferred name for Myanmar.

As a result of the determination the US will now cut any assistance that was flowing to Myanmar’s government, though another official noted that “very little, almost none” of US aid goes to the government. Nearly all aid flows to civil society groups, and other humanitarian organizations.

A broader review of US assistance will also begin, but the official emphasized that humanitarian assistance for the Rohingya and other populations in need will be unaffected.

US President Joe Biden has threatened the military with sanctions should it refuse to return power to the civilian government, and Tuesday’s designation lays the groundwork for the economic penalties to be imposed on military leaders and companies with which they are associated.

The coup took place a few hours before the first session of the country’s new parliament was set to convene following the Nov. 8 elections in which Suu Kyi’s ruling party made sweeping gains.

The military claimed the coup was staged due to “election fraud” in the polls that it said resulted in the dominance of the NLD in parliament.

The US has called on the Myanmarese military to release Suu Kyi and Win, as well as all other political and civil society leaders whom it swept up beginning over the weekend.