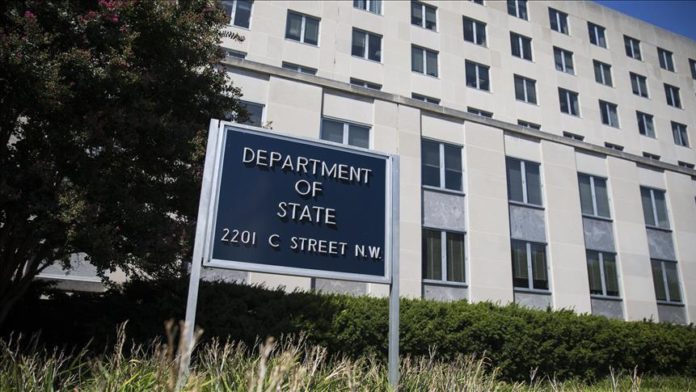 The State Department denied Tuesday that it has halted plans to reopen its consulate in Jerusalem, which had served as the US’ de facto Embassy to the Palestinians until it was shuttered by former President Donald Trump.

“We remain committed to opening a consulate in Jerusalem. We continue to believe it can be an important way for our country to engage with and provide support to the Palestinian people,” State Department spokesman Ned Price told reporters, later clarifying that he was referring to the “reopening” of the former diplomatic building.

“We’re continuing to discuss this with our Israeli and our Palestinian partners, and will continue to consult with members of Congress as well,” he added.

The comments came after the Times of Israel reported that the Biden administration is freezing plans to reopen the consulate amid stalwart opposition from Israel, and would instead elevate Deputy Assistant Secretary of State for Israeli and Palestinian Affairs Hady Amr to become US special envoy to the Palestinians.

The Palestinian Affairs Unit, which is currently housed in the embassy, would begin reporting directly to Amr rather than the US ambassador to Israel, according to the report, which cited anonymous US and Palestinian officials.

Trump closed the US Consulate General in East Jerusalem in March 2019. The building had, for decades, served as Washington’s main diplomatic mission to the Palestinians and its staff worked independently of their counterparts in the former US Embassy to Israel in Tel Aviv.

Its mission was instead folded into the US’ Israel Embassy two years after Trump relocated it to Jerusalem and recognized the contested city as Israel’s capital in a move that continues to roil the Palestinians who are seeking East Jerusalem as the capital of their future state.

Israel has staunchly opposed the reopening of the consulate, with Prime Minister Naftali Bennett saying it does not belong in Jerusalem, which Israel views as its undivided capital.

“We are expressing our position consistently, quietly and without drama, and I hope it is understood. Jerusalem is the capital of Israel alone,” he said in November.