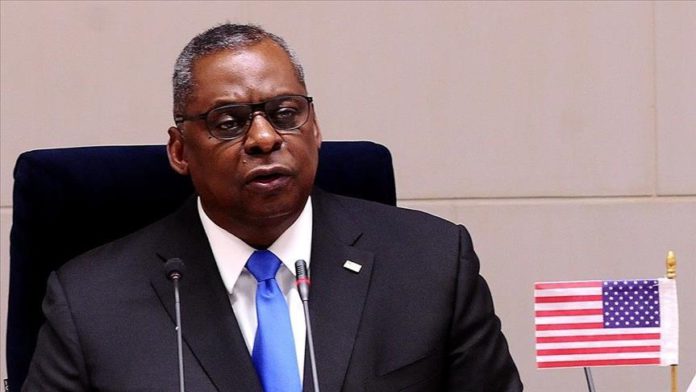 While meeting with Afghan President Ashraf Ghani and Chairman of Afghanistan’s High Council for National Reconciliation Abdullah Abdullah, Austin “stressed that the Department is deeply invested in the security and stability of Afghanistan, and reiterated U.S. support for the continued competency of the Afghanistan National Defense and Security Forces,” the Pentagon said in a statement.

“President Ghani, Dr. Abdullah and Secretary Austin discussed the winding down of the Resolute Support Mission and with that the transition to a new relationship with Afghanistan and with the Afghan forces,” it added. “Both sides reaffirmed the importance of ensuring that Afghanistan never again serves as a safe haven for terrorists who threaten the Afghan people, the United States, or our Allies.”

The meeting comes ahead of US President Joe Biden’s Sept. 11 deadline to withdraw all US forces from Afghanistan.

The president also meet with Ghani and Abdullah at the White House.

Afghan government forces are currently locked in heavy fighting with the Taliban in the key northern city of Kunduz after the group seized the main border crossing with Tajikistan. Intense fighting is also ongoing on the outskirts of Mazar-i-Sharif, Afghanistan’s fourth-largest city.

Amid the developments the intelligence community downgraded an earlier assessment that the Afghan government would survive for two years after the US exit with a timeline now of between six months and a year, officials told the Wall Street Journal.