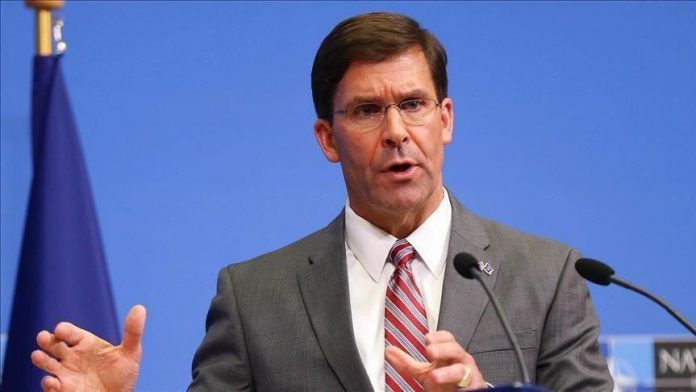 U.S. Defense Secretary Mark Esper asked Sunday for Navy Secretary Richard Spencer’s resignation over the handling of a case of a Navy SEAL accused of war crimes in Iraq, the Pentagon said.

Esper lost “trust and confidence in him regarding his lack of candor over conversations with the White House involving the handling of Navy SEAL Eddie Gallagher,” Pentagon spokesperson Jonathan Hoffman said in a statement.

Gallagher was found guilty in July of posing with a teenage Daesh fighter’s corpse during his deployment to Mosul.

US to reduce troops in Iraq in coming months