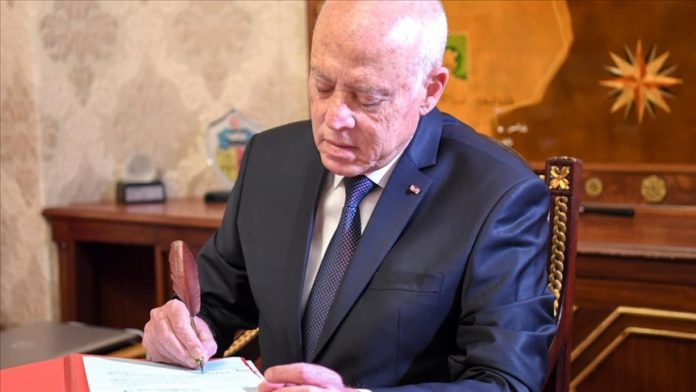 The US voiced deep concern Monday over Tunisian President Kais Saied’s plan to dissolve the country’s Supreme Judicial Council amid tensions with the judiciary.

“An independent judiciary is a core element of an effective and transparent democracy,” he added.

Saied announced his plan Sunday in a statement, saying the council “has become a thing of the past.”

“This council has become a place where positions and appointments are sold according to loyalties,” he said.

Price urged the government of Tunisia to uphold its commitments to respect the independence of the judiciary as stipulated in the Constitution.

“The United States reiterates our calls for an accelerated political reform process in Tunisia that responds to the aspirations of the Tunisian people through the inclusion of diverse voices representing political parties, civil society and unions, particularly in the ongoing national consultations,” he said.

He also called on the government to “prioritize implementing the economic reforms required to stabilize the financial situation and address Tunisia’s growing economic challenges.”

N.Macedonia: Premier, other ministers to be isolated