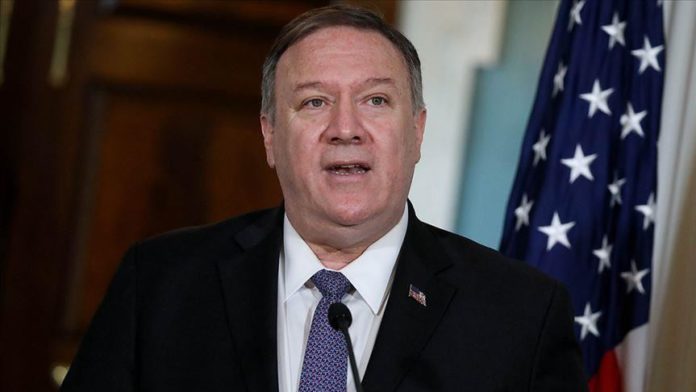 The US is “deeply concerned” by how Belarus’ Aug. 9 election was carried out, Secretary of State Mike Pompeo said Monday amid widespread unrest across the eastern European country.

The top diplomat pointed to “severe restrictions on ballot access for candidates, prohibition of local independent observers at polling stations, intimidation tactics employed against opposition candidates, and the detentions of peaceful protesters and journalists” that he said “marred the process.”

“We urge the Belarusian government to respect the rights of all Belarusians to participate in peaceful assembly, refrain from use of force, and release those wrongfully detained,” Pompeo said in a statement.

Belarusian President Alexander Lukashenko won a sixth term in office with over 80% of the vote, the country’s election commission said Monday. Officials maintain the results are valid, but demonstrators, galvanized by what they say is a rigged result, have turned out en masse in the country to demand a free election.

The protesters raised their voices against Lukashenko’s rule, his prolonged stay in power – he has been in office since 1994, and lifted the two-term limit in 2004 – as well as the weak economy and poor handling of the pandemic.

The opposition says 213 people were arrested at demonstrations Sunday night in the cities of Mogilyov, Vitebsk, Brest, Grodno, and Novopolatsk, with police using rubber bullets and sound grenades to disperse rallies.

One man was allegedly killed during the protests, a claim denied by the Belarusian Interior Ministry.

Pompeo condemned the violence against protesters, as well as arrests of opposition leaders and internet shutdowns.

“As friends of Belarus, we support Belarusian independence and sovereignty, as well as the aspirations of the Belarusian people for a democratic, prosperous future,” he said. “To achieve these goals, the Government of Belarus must prove through action its commitment to democratic processes and respect for human rights.”