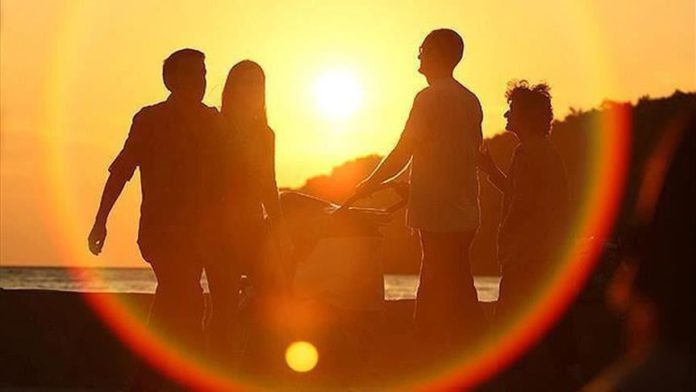 A searing temperature of 54.4C (130F) has been recorded in the US state of California amid the ongoing heatwave. It would be the highest temperature ever recorded on earth in the last century.

The temperature was recorded Sunday afternoon in Death Valley, according to the data of the US National Weather Service (NWS). The service said Sunday on Twitter that this is the first time since 1913, when 56.6C (134F) was recorded, that the Death Valley has reached 130F. Last, it reached 129F in July 2013.

“If valid, it would be the hottest August temperature at the site,” it added.

The NWS has warned the extreme heatwave will continue to plague the western third of the country through the middle of this week and 56 million people are under heat advisories or warnings.

Over the past 15 years, at least a dozen people including tourists have died in Death Valley, the lowest, driest and hottest location in the US, from heat-related illnesses, and many others have come close.

Furnace Creek, where its temperature is measured, sits at 57,9 meters (190) feet below sea level in the Mojave Desert of southeastern California.

Turkey: US move on Southern Cyprus to cause instability