TurkishPress
Home News US: Cuomo will not resign amid sex harassment claims 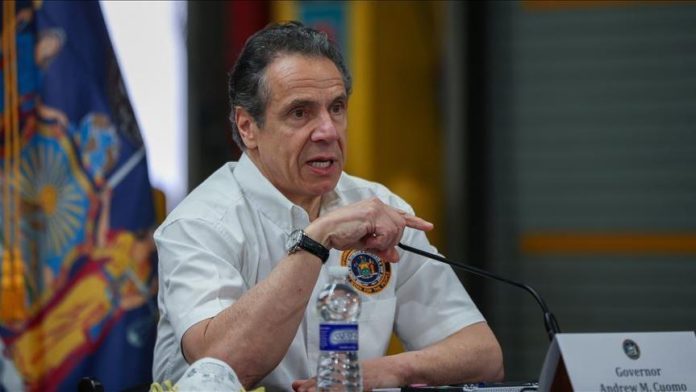 New York Governor Andrew Cuomo said on Wednesday that he would not resign amid mounting claims of sexual harassment.

Cuomo contended he understands that he “acted in a way that made people feel uncomfortable,” expressing remorse and saying he is “embarrassed” for his actions. While he said he is “sorry for whatever pain I caused anyone,” he maintained he would not step down.

The governor further pledged to “fully cooperate” with an independent review launched by the state attorney general on Monday.

His refusal to resign comes less than 24 hours after a third woman came forward with allegations of sexual misconduct.

Anna Ruch accused the Democratic governor in a New York Times story of approaching her at a wedding and placing his hand on her back, cupping her face and kissing her on the cheek.

Two other women, including former aide Charlotte Bennett, have come forward with sexual harassment allegations. Bennett said Saturday in a New York Times story that Cuomo asked her about her sex life and whether she previously had sex with an older man.

“I understood that the governor wanted to sleep with me, and felt horribly uncomfortable and scared,” Bennett told the Times. “And was wondering how I was going to get out of it and assumed it was the end of my job.”

She is the second former aide to accuse the governor of misconduct after Lindsey Boylan, an economic official, alleged Cuomo repeatedly harassed her in incidents from 2016-2018. The alleged incidents include one in which Cuomo gave her an unsolicited kiss on the lips in his Manhattan office, she said.