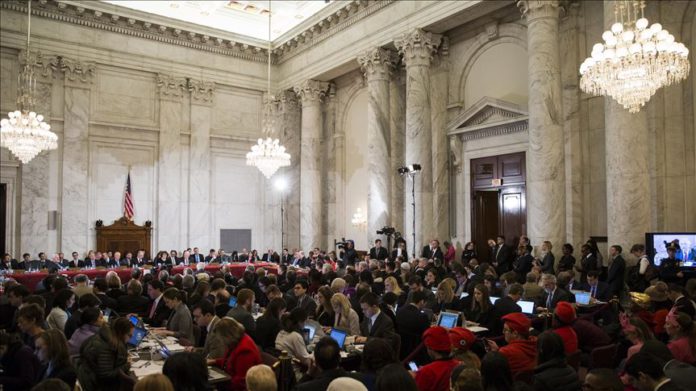 Amy Coney Barrett’s hearings come as Republicans are seeking to cement a 6-3 conservative majority on the US’s top court, a goal steadfastly resisted by Democrats who maintain Bader’s spot should not be filled until the US elects a new president Nov. 3.

“Voting is underway in 40 states. Senate Republicans are pressing forward full speed ahead to consolidate a court that will carry their policies forward,” said Senator Dianne Feinstein, the committee’s ranking Democrat. “Simply put, I believe we should not be moving forward on this nomination, not until the election has ended and the next president has taken office.”

The argument is one adopted by Republicans and Senate Majority Leader Mitch McConnell in 2016 when they blocked for nearly a year former President Barack Obama’s top court pick to replace late Justice Antonin Scalia.

Merrick Garland never received a hearing, a fact touted by McConnell. Scalia’s seat was later filled by Trump in 2017.

Acknowledging the “long, contentious” days ahead, Judiciary Committee Chairman Lindsey Graham predicted a strict party-line vote on Barrett’s confirmation, saying the hearings are “probably not about persuading each other.”

“I think I know how the vote is going to come out, but I think Judge Barrett is required for the good of the nation to submit to your questions and ours,” he said. “Let’s remember, the world is watching.”