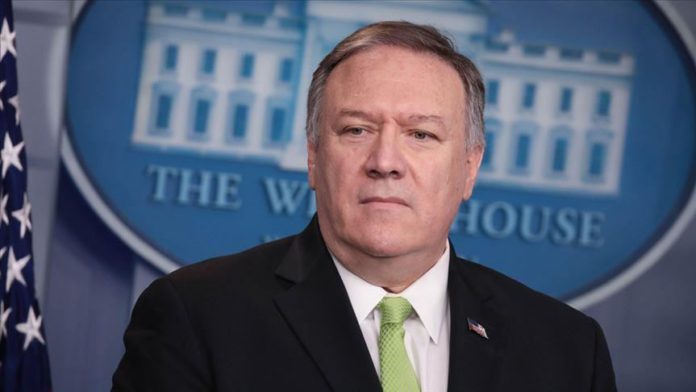 The US House of Representatives Committee on Foreign Affairs announced Friday it would begin work on a resolution holding Secretary of State Mike Pompeo in contempt of Congress for his “refusal to cooperate.”

Contempt of Congress is the act of obstructing the work of the US Congress or one of its committees.

Congressman Eliot Engel, chairman of the committee, said in a statement the move was related to “Secretary Pompeo’s ongoing refusal to comply with the Committee’s duly authorized subpoena for records into his transparently political misuse of Department resources.”

“Secretary Pompeo’s most recent actions build on an unprecedented record of obstruction and defiance of the House’s constitutional oversight authority,” he said.

“From Mr. Pompeo’s refusal to cooperate with the impeachment inquiry to his willingness to bolster a Senate Republican-led smear against the President’s political rivals to his speech to the RNC [Republican National Convention] which defied his own guidance and possibly the law, he has demonstrated alarming disregard for the laws and rules governing his own conduct and for the tools the constitution provides to prevent government corruption,” he added.

Engel accused Pompeo of using the office, department, and personnel under his charge and taxpayer dollars for “his personal and political benefit.”

“I gave Mr. Pompeo ample opportunity to fulfill my request for documents, which I first made more than three months ago. These documents were already produced to the Senate, and his refusal to provide them to the Foreign Affairs Committee required that I issue a subpoena on July 31,” he said.

“The Secretary’s ongoing defiance of two duly authorized subpoenas on matters directly linked to American foreign policy toward Ukraine has left the Committee no further option but to begin drafting a resolution finding Secretary Pompeo in contempt of Congress.”

Engel issued a subpoena seeking records as part of the impeachment inquiry against US President Donald Trump in September 2019.

The second was issued last month as part of the committee’s investigation of Pompeo’s “partisan misuse of Department resources to aid two Republican-led Senate committees’ smears to undermine the President’s political rival,” according to the statement.

A State Department spokesman, speaking on condition of anonymity told Anadolu Agency in an emailed statement that Engel’s announcement is “political theatrics and is an unfortunate waste of taxpayer resources.”

“The House Foreign Affairs Committee is seeking documents which the State Department has already produced to Senate Democrats,” he said. “We have previously offered to provide copies of these documents to Chairman Engel, with the only condition being that he send a letter explaining what foreign policy issue he is investigating that requires these documents. Once this letter is received, the Department will produce the documents.”

Trump: Sweden 'paying heavily' for not having lockdown

US vote against spirit of alliance: Turkish defense chief