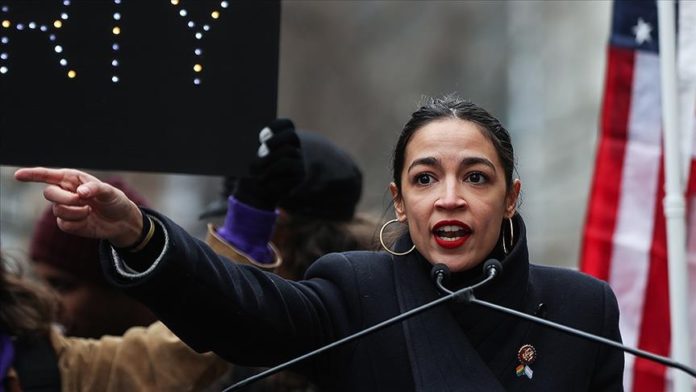 A progressive firebrand congresswoman has blasted the Joe Biden administration for blocking a UN call for a cease-fire amid continued Israeli attacks on Gaza.

“This is happening with the support of the United States,” Alexandria Ocasio-Cortez wrote on Twitter, sharing a video showing Israeli attacks bringing down a high-rise in Gaza that housed the offices of Al Jazeera and The Associated Press.

“I don’t care how any spokesperson tries to spin this. The US vetoed the UN call for ceasefire,” added the Democratic congresswoman, referring to reports last week that the US blocked a UN Security Council statement calling for an immediate cease-fire.

“If the Biden admin can’t stand up to an ally, who can it stand up to? How can they credibly claim to stand for human rights?” she asked.

Israel has pounded the Gaza Strip in airstrikes since May 10, killing at least 181 people, including 31 women and 52 children, as well as injuring 1,225 more people.

Tensions spread from East Jerusalem to Gaza after Palestinian resistance groups there vowed to retaliate against recent Israeli assaults on the Al-Aqsa Mosque and Sheikh Jarrah neighborhood if they were not halted.