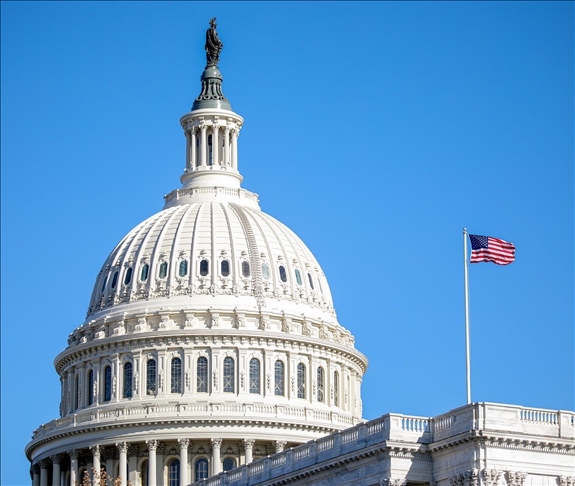 Pelosi said in a letter to colleagues that planning is ongoing, but the House leadership has determined that “we should proceed tonight at the Capitol” after authorities clear the building of any potential security risks.

“We always knew this responsibility would take us into the night. The night may still be long, but we are hopeful for a shorter agenda,” she wrote, alluding to objections that some of Trump’s Republican allies planned to raise during the session before it was derailed. It is unclear if they will continue to do so.

“We now will be part of history, as such a painful picture of our country was put out to the world, instigated at the highest level,” she said, almost referring to Trump’s goading of supporters with baseless accusations that the Nov. 3 election was stolen from him.

The Capitol was overrun earlier in the day for the first time since the British burned it to the ground in 1814. Lawmakers were set to convene a joint session of Congress that is traditionally a routine affair of Electoral College vote counting ahead of President-elect Joe Biden’s Inauguration Day.

Instead, chaotic scenes of thousands of pro-Trump rioters clashing with police outside of the federal legislature gave way to even more pandemonium as the mob overwhelmed law enforcement, breached the Capitol’s doors and windows and eventually made their way to the Senate floor.

One person was shot and died during the chaos.

Trump and his political allies have for months falsely alleged that the election he lost to Biden by 7 million votes was rigged, stirring emotions among his supporters with conspiracy theories that have been repeatedly rejected in court. The Justice Department also found no evidence to support his claims of widespread voter fraud.

Addressing the nation in televised remarks, Biden said the riot was “an assault on the most sacred of American undertakings.”

“What we are seeing is a small number of extremists dedicated to lawlessness. This is not dissent. It’s disorder. It’s chaos. It borders on sedition, and it must end now. I call on this mob to pull back and allow the work of democracy to go forward,” he said.

The D.C. National Guard has been fully activated to assist federal and local law enforcement after they were earlier overwhelmed by the pro-Trump masses.

Under the order, no one “other than persons designated by the Mayor shall walk, bike, run, loiter, stand, or motor by car or other mode of transport upon any street, alley, park, or other public place within the District,” Bowser’s office said in a statement.