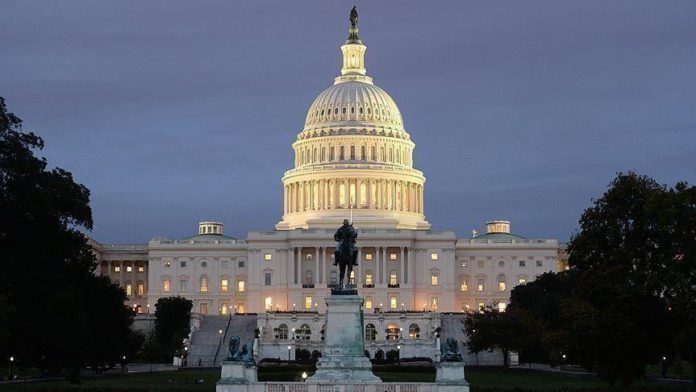 A scandal that has engulfed congressman Matt Gaetz took a turn late Friday when the House of Representatives Ethics Committee announced it launched an investigation into the ardent supporter of former US President Donald Trump.

The move was expected but accusations listed by the committee are still jarring.

Gaetz, the committee announced in a statement, “may have engaged in sexual misconduct and/or illicit drug use, shared inappropriate images or video on the House floor, misused state identification records, converted campaign funds to personal use and/or accepted a bribe, improper gratuity or impermissible gifts.”

It released a statement saying that Reed “may have engaged in sexual misconduct,” without offering details.

It does not appear the two cases are linked.

A former insurance company lobbyist accused Reed last month of groping her in a pub in the state of Minnesota in 2017.

Reed denied the accusation at first, then apologized, saying that the story might be possible, since he was battling a drinking problem at the time.

He also said he would not be seeking reelection in 2022.

As for Gaetz, the Ethics Committee’s announcement is the latest in the scandal that broke last week, with news that the Justice Department is investigating Gaetz regarding a possible relationship with an underage girl, and whether he traveled across state lines for sex, which is also a felony.

The New York Times broke the story and Gaetz has acknowledged he is the target of an investigation, but he strongly denies the accusations.

Gaetz has suggested he is the target of a smear campaign by the so-called “deep state” of government actors opposed to Donald Trump, and he also alleged that he and his wealthy father were targets of an extortion attempt related to the accusations and the effort to free an American prisoner in Iran.

The 38-year-old was first elected to represent his northwest district in the state of Florida in 2016 and became one of the most vocal supporters of Trump.

Trump has only offered a tepid defense of Gaetz since the scandal broke, noting that the congressman has denied the charges.

Gaetz is being linked in news reports to a friend, former tax collector in Seminole County, Florida, Joel Greenberg, who is in jail, indicted on 33 counts related to a slew of charges, from sex trafficking to stalking.

Last week, his communications director resigned. Thursday, the attorney representing Greenberg said his client could be headed for a plea deal with federal prosecutors, which would indicate Greenberg is set to testify against Gaetz to get a better deal for himself. Greenberg’s attorney said Thursday that Gaetz was likely “not feeling very comfortable today.”

Later Thursday, The Daily Beast reported that Gaetz paid Greenberg $900 in a Venmo transaction in May of 2018, and that hours later, Greenberg paid $900 to three young women.

And on Friday, the legislative director for Gaetz also resigned.

Still, Gaetz has defiantly said he would not resign and was still scheduled to address a pro-Trump organization at a Trump golf resort in Florida on Friday.