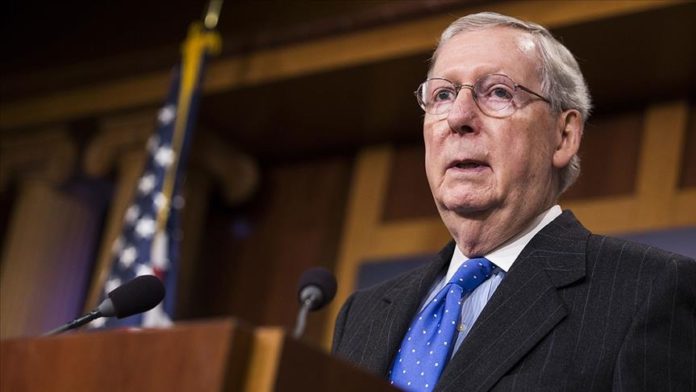 In addition to direct payments, the legislation is also expected to include efforts to further unemployment assistance and assist small businesses struggling to cope with the economic destruction wrought by the pandemic, though the text of the bill has yet to be released.

“As the American people continue battling the coronavirus this holiday season, they will not be on their own,” Senate Majority Leader Mitch McConnell said on Twitter. “Congress has just reached an agreement. We will pass another rescue package ASAP. More help is on the way.”

Chuck Schumer, the Senate’s top Democrat, also confirmed the deal, saying it will be the second largest fiscal stimulus effort in American history after lawmakers passed a $2.2 trillion bill to bolster America’s economic stability in March as the coronavirus was forcing widespread shutdowns.

“It will deliver emergency relief to a nation in the throes of a genuine emergency. We must make law as soon as possible,” Schumer said in a series of tweets. “By all rights, a #COVIDrelief bill of this urgency should have passed months ago. The country needed it.”

The COVID relief is being bundled with a wide government funding bill that combined accounts for over $2 trillion in spending, according to multiple reports.

Final votes are expected at some point Sunday night before a midnight deadline. US President Donald Trump has signaled his eagerness to see a bill enacted into law, saying on Twitter Sunday morning that lawmakers should “GET IT DONE, and give them more money in direct payments.”