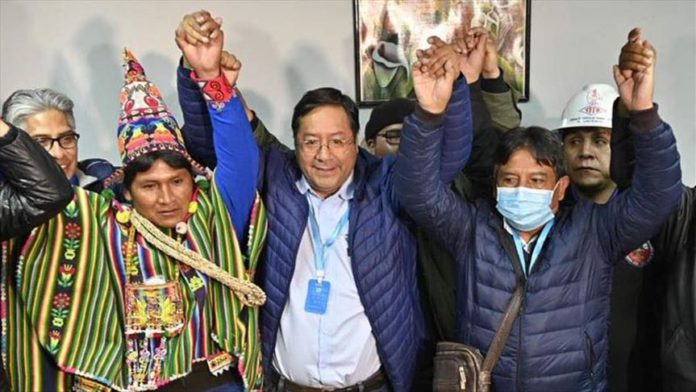 The US on Wednesday congratulated Bolivian left-wing president-elect Luis Arce for victory in recent elections.

Pompeo said Washington recognizes “Supreme Electoral Tribunal President Salvador Romero and all of Bolivia’s electoral authorities for overseeing this credible process, along with the hard work and peaceful conduct of Bolivian voters, political parties, civil society, and the security forces.”

The US looks forward to working with the new “democratically” elected government on mutual interests, he added.

Exit polls showed the Movement for Socialism (MAS) party candidate and former President Evo Morales’ successor win the presidency in the South American country with 52% of the votes.

Official results have yet to be announced.