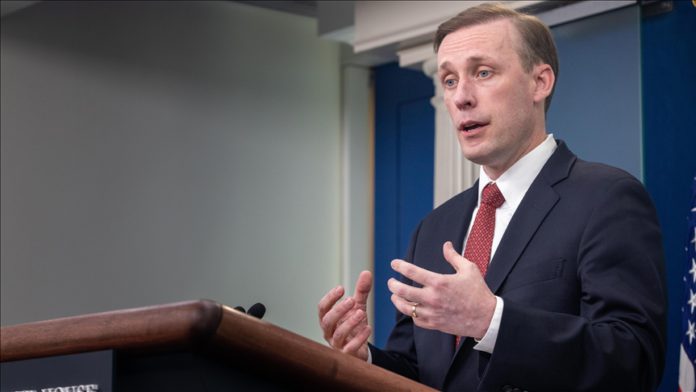 US National Security Advisor Jake Sullivan voiced confidence on Wednesday that Turkiye’s “concerns can be addressed” as Finland and Sweden seek NATO membership.

Sullivan was firm in his view that Ankara’s needs would be met, as well as that the Nordic countries “will have an effective and efficient accession process” to the transatlantic alliance.

“Finland and Sweden are working directly with Turkey to do this, but we’re also talking to the Turks to try to help facilitate,” Sullivan told reporters at the White House. “I expect these differences will be settled. I expect that NATO will speak with one voice and support of Finland and Sweden at the end of the day.”

The Nordic countries are seeking NATO membership in the wake of Russia’s ongoing war against Ukraine. For any new member to join NATO, the alliance’s members must agree unanimously, including Turkiye.

Turkiye, a longstanding NATO member, has voiced objections to Finland and Sweden’s membership bids, criticizing the countries for tolerating and even supporting terror groups, including the YPG/PKK.

Over the last five years, both Sweden and Finland have failed to agree to Ankara’s requests for the extradition of dozens of terrorists, including members of the PKK and Fetullah Terrorist Organization (FETO), the group behind the 2016 defeated coup in Turkiye.

Senior representatives of Sweden and Finland are set to visit Turkiye in the coming days to hold official talks in Ankara to discuss their ascension processes.