TurkishPress
Home Diplomacy US condoles with Turkey over killing of 2 soldiers by PKK in... 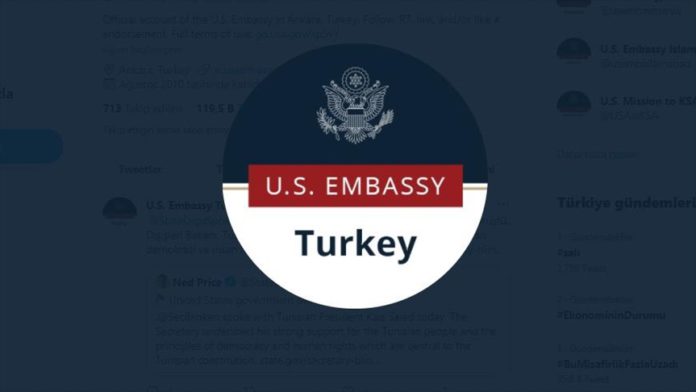 The US on Monday offered its condolences to Turkey over the killing of two Turkish soldiers in an attack by the PKK terrorist group in northern Syria.

“We are saddened by the news of the attack on Turkish troops near Al-Bab,” the US embassy in Ankara said on its official Twitter account.

While offering its condolences to the families of the two soldiers, the embassy wished a speedy recovery to the wounded soldiers.

In its more than 35-year terror campaign against Turkey, the PKK has been responsible for the deaths of at least 40,000 people, including women, children and infants.

The YPG is the Syrian branch of the PKK, a designated terror group in the US, European Union and Turkey. US support for the YPG-led SDF has significantly strained relations with Ankara.