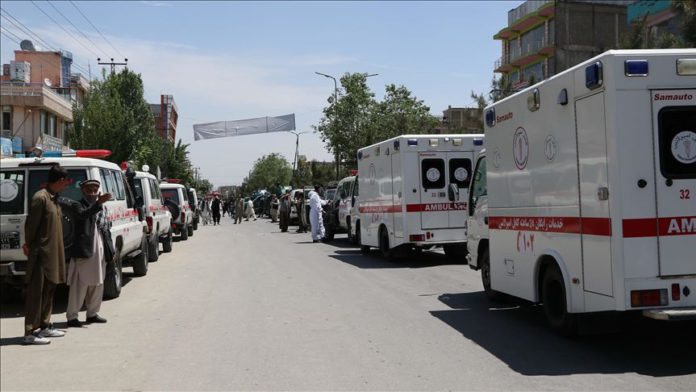 Mike Pompeo said that amidst “the holy month of Ramadan and amidst the threat of COVID-19, these dual attacks are particularly appalling.”

“As long as there is no sustained reduction in violence and insufficient progress towards a negotiated political settlement, Afghanistan will remain vulnerable to terrorism,” Pompeo said in a statement. “The Afghan people deserve a future free from terror, and the ongoing peace process continues to present a critical opportunity for Afghans to come together to build a united front against the menace of terrorism.”

At least 38 people died in two terror strikes in Afghanistan on Tuesday.

A suicide blast during a funeral procession in the eastern Nangarhar province killed at least 24 people, with over 60 injured.

The other attack struck a maternity hospital in the capital Kabul and killed two babies and several women among a total of 14 civilians. Fifteen others were injured in the attack.

The Taliban have rejected involvement in both attacks, which come amid efforts to advance a rejuvenated yet fragile Afghan peace process.

Pompeo noted the Taliban’s denial of responsibility, saying it “and the Afghan government should cooperate to bring the perpetrators to justice.”