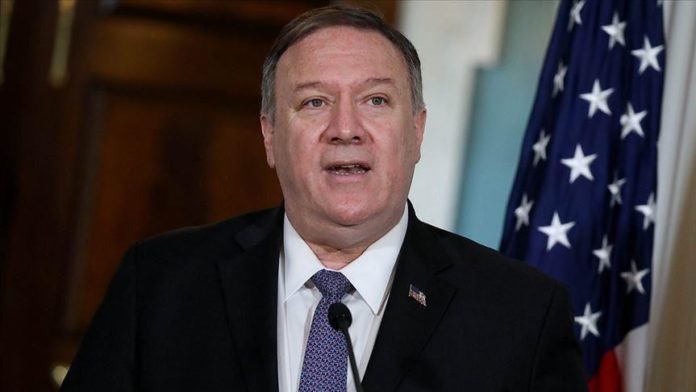 The US voiced deep concern Tuesday after a German medical team found a Russian dissident was likely poisoned before being evacuated for treatment.

“If the reports prove accurate, the United States supports the EU’s call for a comprehensive investigation and stands ready to assist in that effort,” according to Secretary of State Mike Pompeo said.

German doctors at a clinic where the opposition leader is being treated announced Monday that Navalny was poisoned.

“The team of doctors thoroughly examined the patient after his arrival. The clinical findings indicate intoxication by a substance from the active substance group of Cholinesterase inhibitors,” the Charite clinic said in a statement on its website, adding that the presence of cholinesterase “has been proven several times and in independent laboratories”.

Currently, Navalny is in an intensive care unit and remains in a medically induced coma. His condition is serious, but there is no acute danger to his life, it added.

Physicians are in close contact with Navalny’s wife and her permission was sought before making the statement, it said.

Navalny, 44, a vociferous critic of Russian President Vladimir Putin, fell ill on a flight from the Siberian city of Tomsk to Moscow last week. The plane made an emergency landing in Omsk and Navalny was rushed to a hospital, where he spent two days before being sent to Berlin for treatment.

Commenting on the incident, Kremlin spokesman Dmitry Peskov earlier said authorities were waiting for test results before launching an investigation.