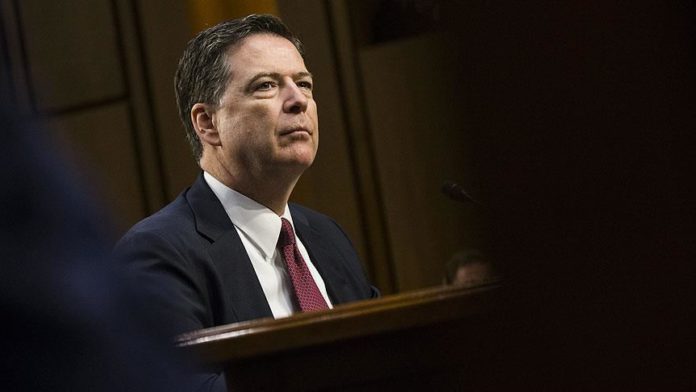 Comey testified before the Senate Judiciary Committee and said the investigation was “appropriate” and was “done by the book.”

“Overall I am proud of the work. There are parts of it that are concerning, which I am sure we will talk about,” Comey said under questioning from Committee Chairman Lindsey Graham, a staunch ally of US President Donald Trump.

The former FBI chief was pivotal to the probe, approving of its start in 2016 before Trump unceremoniously removed him from his post because of disagreements with the investigation.

The president continued to assail Comey, saying on Twitter the former director “should be arrested on the spot!” and calling him a “LIAR!!!”

The Russia inquiry has faced stiff criticism from Trump and his Republican allies, including Attorney General William Barr who has repeatedly attacked it and sought to undermine its findings.

In particular, Barr’s tenure at the top of the Justice Department has seen him attempt to dismiss charges against former National Security Advisor Michael Flynn who was charged as part of Special Counsel Robert Mueller’s investigation.

Asked by Democratic Senator Mazie Hirono if Barr is biased in his handling of the department, Comey said “generally, Attorney General Barr has embraced a concept for his role that is at odds with the nature of the department,” saying Barr’s actions “ought to be a concern for all of us.”

“We need that institution to be seen as separate from our tribal warfare, because it has to be has to be trusted by jurors, and cops, and witnesses, and judges of all political stripes,” he said.

“We have to be seen as the Department of Justice as outside of all of that, and when the attorney general starts acting like the personal lawyer for the president it threatens that, and that is a priceless thing that’s under threat,” he added.

Republican Senator Ted Cruz, a Trump critic turned stalwart ally, however, said the Russia investigation that ultimately led to Comey’s removal was “corrupt,” accusing it of politicizing the Justice Department and the FBI.

“This has done severe damage to the professionals and the honorable men and women at the FBI because law enforcement should not be used as a political weapon. And that is the legacy you’ve left,” Cruz said.