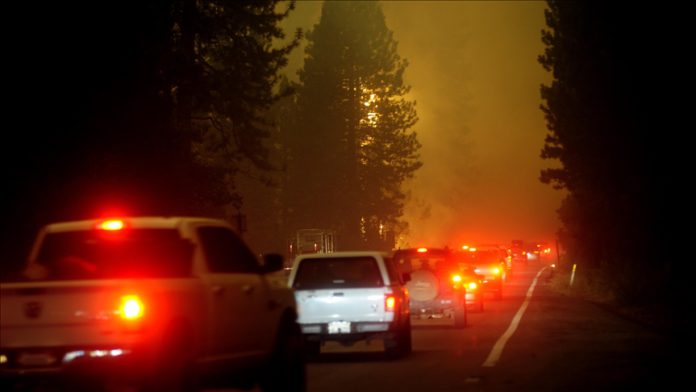 The US is combatting 91 active large wildfires across much of the western half of the country that have already burned over 1.8 million acres, the National Interagency Fire Center reported on Monday.

“Large fires from northeast Washington through northern Idaho into western and central Montana were very active yesterday,” the center said on its website.

“Even with smoke covering eastern Washington into northwest Montana, temperatures reached the 90s to 109°F,” it added, citing temperatures of up to 43 C.

So far this year, 3 million acres have been scorched by infernos – nearly 1 million more than had been burned to this point in 2020 as weather patterns worsen due to climate change.

The center warned of “above normal significant fire potential” that will continue through September in the northwestern US, the northern Rocky Mountain range, and parts of the Great Basin and Rocky Mountain areas.