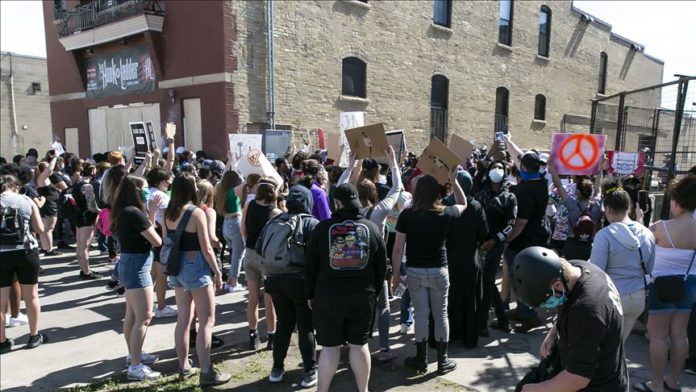 A CNN reporter and his production team released Friday after they were arrested earlier while covering the protests over George Floyd’s death in Minneapolis, Minnesota.

“We can confirm that @OmarJimenez and the CNN crew arrested this morning in Minneapolis have been released,” CNN Communications said on Twitter.

The crew was released an hour after CNN urged authorities to release its three CNN employees, saying they were doing their jobs and called the arrests “a clear violation of their First Amendment rights.”

“CNN journalist Omar Jimenez has been taken into police custody during a live broadcast at the site of the protests in Minneapolis, after clearly identifying himself to officers,” it said.

CNN also claimed that police didn’t arrest a white reporter also on the ground but its black reporter Jimenez.

His crew, including a producer and a camera operator, were also placed in handcuffs.

CNN’s camera that taken into custody was recording the arrest while police likely unaware that the camera was still on. CNN shared the footage on Twitter.

Floyd, 46, was taken into custody on Monday in Minneapolis, Minnesota after reportedly attempting to use a counterfeit $20 bill at a local store.

Study: 2,000 more lynchings of blacks than were thought