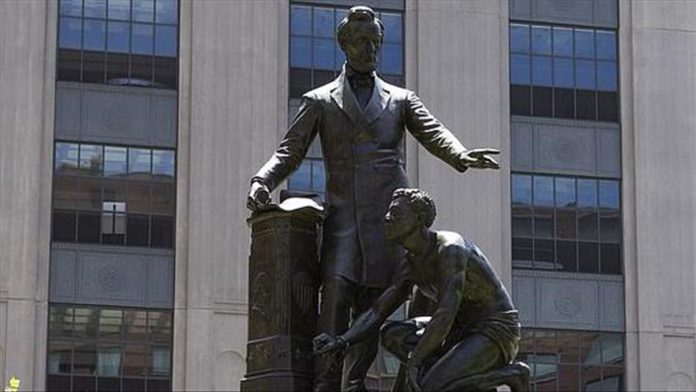 The US city of Boston, Massachusetts has removed a controversial emancipation statue of President Arbaham Lincoln amid criticism of the depiction.

The statue, known variously as the Emancipation Memorial and the Freedman’s Memorial, was removed by city workers Tuesday morning from its perch in downtown Boston. It features a Black slave kneeling in front of Lincoln, who as president in the mid-1800’s ended legal slavery in the US.

It depicted Lincoln holding a copy of his famous Emancipation Proclamation over a Black male slave who was kneeling.

Boston city officials announced in June the statue would be taken down over complaints about its depiction amid the US’s ongoing reckoning with race that again gained traction after the police-involved killings of Black men.

Some had criticized the statue’s portrayal of the Black man, saying it appears as though he was kneeling before his white emancipator, essentially dehumanizing the slave while portraying Lincoln as a white savior.