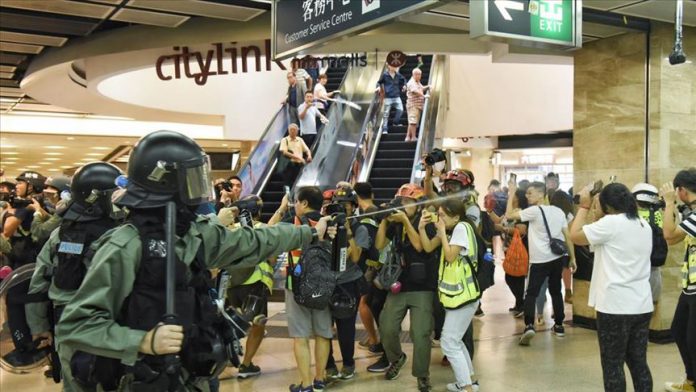 The U.S. expressed “grave concern” Monday over the situation in Hong Kong after police opened fire on protesters, critically injuring one.

“The United States is watching the situation in Hong Kong with grave concern. ‎We condemn violence on all sides…and call for all parties — police and protestors — to exercise restraint,” said State Department spokeswoman Morgan Ortagus in a statement.

One of the protestors was shot in the abdomen in the Sai Wan Ho area of the once vibrant business city. He is reportedly in critical condition.

Hong Kong, an semi-autonomous region under China since July 1997, has