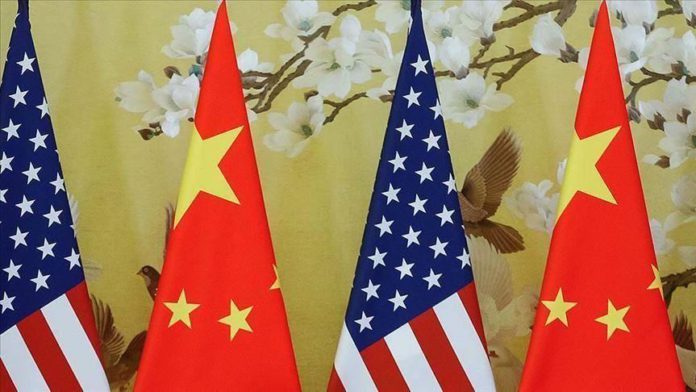 The US and China have agreed to hold discussions on the progress of a phase one trade deal they reached last January, local news sources reported Thursday.

“China and the US have agreed to hold talks over phone in the coming days to evaluate progress of the phase one trade deal,” said Gao Feng, the spokesman for China’s Ministry of Commerce, according to the daily Global Times.

The development comes as relations between the US and China are at a historic low.

Washington has punished many Chinese companies, including tech giant Huawei, for their alleged links to the Communist Party of China.

Both countries signed a phase one trade deal in mid-January, marking a major milestone in a more than two-year trade war between them.

Following the outbreak of the novel coronavirus, relationships dipped as US President Donald Trump accused Beijing of letting the virus spread after it originated in Wuhan, China.

Washington has further escalated tensions, accusing Beijing that China’s “economic  power  is in some ways a greater  global  threat  than the Soviet Union was during the Cold War.”

Responding to the US administration’s crackdown on social media app TikTok, Feng said: “China firmly opposes using national security reviews as a political tool, generalizing and abusing security reviews, and urges the US to stop its wrongdoings and stop suppressing Chinese companies.”

“Specifically, the spread in the United States of mobile applications developed and owned by companies in the People’s Republic of China (China) continues to threaten the national security, foreign policy, and economy of the United States,” the orders said.

Both orders also said the country “must take aggressive action” against the owners of TikTok and WeChat “to protect our national security.”