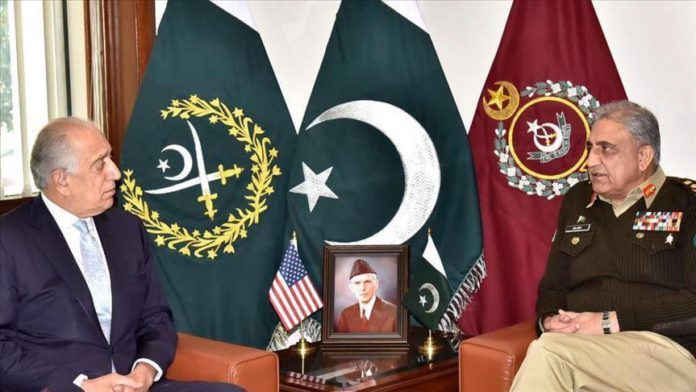 During the meeting held at the army headquarters in the garrison city of Rawalpindi, the two sides discussed “matters related to mutual interest, peace and stability in the region, Pak-Afghan Border management and current developments in Afghan peace process,” according to a statement from the military.

“The visiting dignitaries appreciated the positive role being played by Pakistan for Afghan peace process,” the statement said, offering no further details.

This was Khalilzad’s second visit to Islamabad in less than a month, following the rare direct talks between the warring Taliban and Kabul government in Doha last month.

In December 2018, Pakistan had also arranged direct talks between Washington and the Taliban, paving the way for the Doha peace deal between the two sides.

It was further hampered by the killing of Omer’s successor Mullah Akhtar Mansoor in a US drone strike on the Pakistan-Afghanistan border in 2016.