TurkishPress
Home News US: Chauvin to be sentenced in June 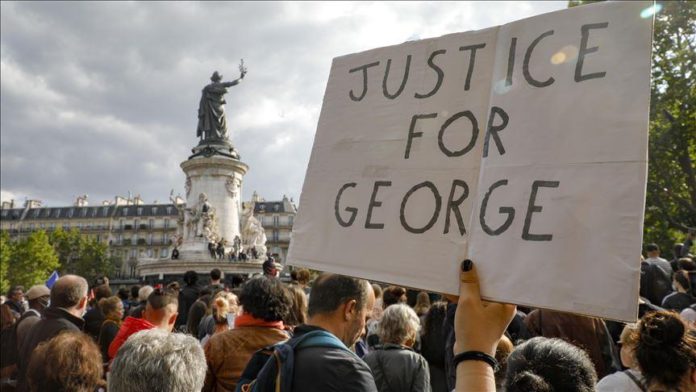 The former Minneapolis police officer found guilty in the murder of George Floyd will be sentenced on June 16, according to online court records.

Derek Chauvin was found guilty earlier this week on all three counts in a case that spurred worldwide demonstrations and forced a national reckoning on race and policing in the US.

Chauvin was videotaped kneeling on Floyd’s neck for more than nine minutes before Floyd died in what started as a routine police interaction.

But under Minnesota law, he can be sentenced only on the most serious charge — second-degree murder.

Under sentencing guidelines, Chauvin could receive 12 and a half years, since he is a first-time offender.

But prosecutors will likely ask for the harshest penalty — 40 years in prison, by arguing that Chauvin committed the murder in front of children.

They might also bring up previous allegations of excessive force while he was an officer. Legal experts are speculating that Chauvin could get 30 years or less.

Sentencing will be determined by trial judge Peter Cahill and Chauvin could speak in his defense at the hearing.

Many demonstrators who cheered Chauvin’s guilty verdict on Tuesday made it clear that the verdict was only a portion of getting justice for Floyd. They will be closely following the sentencing, as well as the upcoming trial for the other three officers who were with Chauvin on May 25, 2020.

Alexander Kueng, Thomas Lane and Tou Thao are charged with aiding and abetting in the second-degree murder of Floyd, and, barring any plea deals, are set to be tried together in August.