TurkishPress
Home Americas US & Canada US: Charges upgraded for ex-officer in Floyd arrest 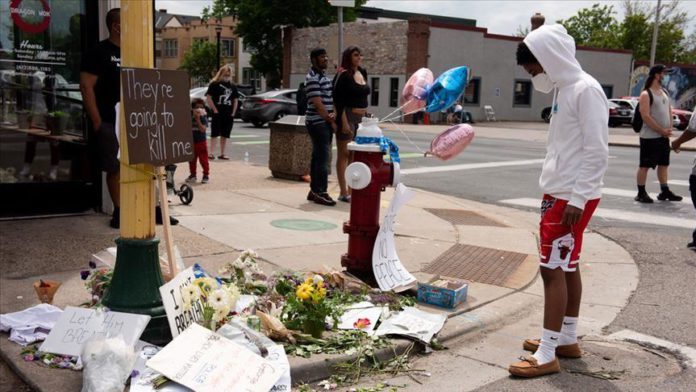 State Attorney General Keith Ellison decided to upgrade the murder charge against Chauvin from third-degree, and is charging three other officers at the scene, Senator Amy Klobuchar said on Twitter.

“This is another important step for justice,” she said.

George Floyd died May 25 after Chauvin was seen in video footage pinning his neck to the ground for nearly nine minutes, despite Floyd’s repeated pleas that he could not breathe. His death prompted largely peaceful mass demonstrations that have continued across the US, though some have devolved into violence and looting.

In addition to Chauvin, the three other officers have been fired.