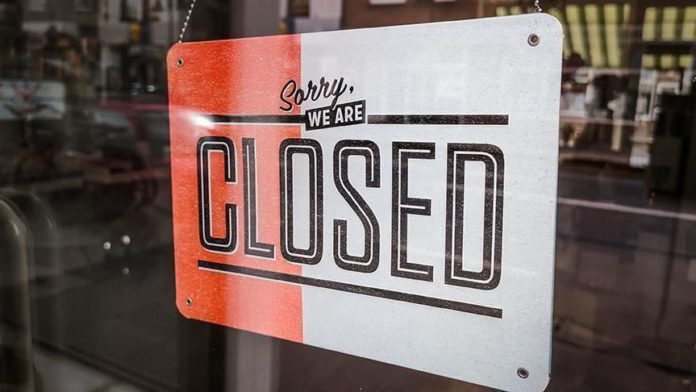 US department store chain Century 21 said Thursday it voluntarily filed for bankruptcy and will close its 13 stores in four states because of the economic downturn caused by the coronavirus.

“The decision follows nonpayment by the Company’s insurance providers of approximately $175 million due under policies put in place to protect against losses stemming from business interruption such as that experienced as a direct result of the COVID-19 pandemic,” the New York City headquartered firm said in a statement.

Century 21 co-CEO Raymond Gindi said insurance money helped the company rebuild after the Sept. 11, 2001 terror attacks, but the family business now has to file for Chapter 11 as insurers “have turned their backs on us” in a time of unforeseen circumstances.

The company, which has operated for almost 60 years, said customers can continue to shop in-store and online during “going out of business” sales in New York, New Jersey, Pennsylvania and Florida.

Founded in 1961 by Al and Sonny Gindi as a small department store in downtown Manhattan, Century 21 became part of store chains joining bankruptcy bandwagon as more than 10 million people in the US remain unemployed and the rest work from home, preferring online purchases on Amazon rather than in-store shopping.

Since the widespread of COVID-19, department store chains such as JCPenney, Neiman Marcus and J.Crew announced restructuring plans because of weak sales and low earnings.

JCPenney, which has 840 locations in the US, announced Wednesday it reached an agreement in principle with Brookfield Property Group and Simon Property Group to acquire retail and operating assets.

Neiman Marcus received a ruling Sept. 4 from a bankruptcy court in Houston, Texas that clears the way for it to emerge from Chapter 11 proceedings with a reduced debt load and new funding in a stronger capital structure.

J.Crew got approval from a bankruptcy court in the state of Virginia, which includes a $1.6 billion debt-for-equity plan that will also provide it with $400 million in new term loans.

While 17 major retailers went into bankruptcy in 2019, closing more than 9,500 stores across the US, 26 retailers filed for bankruptcy as of August 2020, which will potentially cause thousands of additional closings in stores as court filings are finalized.