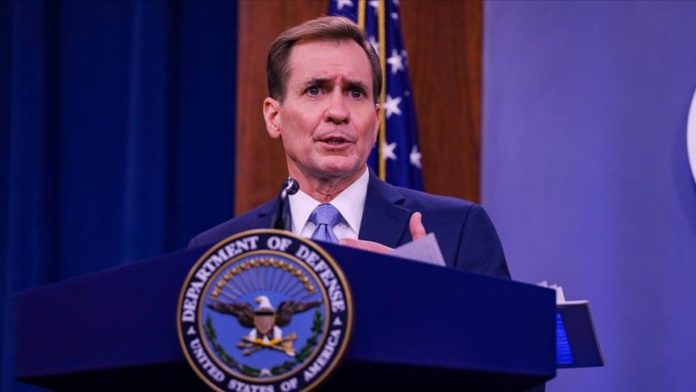 The US military carried out airstrikes late Sunday on facilities used by Iran-backed militia groups in the Iraq-Syria border region, said the Defense Department.

Kirby said the targets were selected for being utilized by the militias who he said are engaged in unmanned aerial vehicle (UAV) attacks against US personnel and facilities in Iraq.

“Specifically, the U.S. strikes targeted operational and weapons storage facilities at two locations in Syria and one location in Iraq, both of which lie close to the border between those countries,” said the spokesman.

Kirby said the US acted within its right of self-defense, adding: “The strikes were both necessary to address the threat and appropriately limited in scope.”

In February, the US targeted Iranian militia groups in response to attacks against American and coalition personnel in Iraq under Biden’s first known military action since taking office in January.

Germany: Lewandowski voted player of 1st half of season