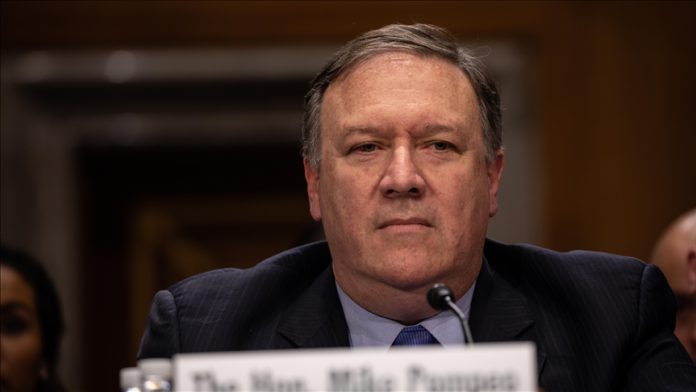 US Secretary of State Mike Pompeo called the breach of the Capitol building in Washington, D.C. on Wednesday “unacceptable” and “intolerable,” saying criminals who engaged in this act will face justice.

“The storming of the U.S. Capitol today is unacceptable. Lawlessness and rioting — here or around the world — is always unacceptable. I have traveled to many countries and always support the right of every human being to protest peacefully for their beliefs and their causes,” Pompeo said on Twitter.

“But violence, putting at risk the safety of others including those tasked with providing security for all of us, is intolerable both at home and abroad,” the top diplomat continued. “Let us swiftly bring justice to the criminals who engaged in this rioting.”

Emphasizing that America “is better than what we saw today,” Pompeo said he “saw firsthand democracy at its best.”

“I have spoken with members of the Senate. They want to return to America’s Senate chamber and conduct the people’s business. This desire is in the finest tradition of our Republic. God bless the Congress.”

Instead, chaotic scenes of thousands of rioters clashing with police outside of the federal legislature gave way to even more pandemonium as the mob overwhelmed law enforcement, breached the Capitol’s doors and windows and eventually made their way to the Senate floor.

At least one woman was shot amid the melee. It is unclear who fired the shot. She has died, according to law enforcement sources.

Trump and his political allies have for months alleged that the election he lost to his Democratic rival Joe Biden by 7 million votes was rigged, stirring emotions among his supporters with conspiracy theories that have been repeatedly rejected in court. The Justice Department also found no evidence to support his claims of widespread voter fraud.

Shortly after Biden went on national television, Trump posted a video message on Twitter, maintaining his false allegations while calling on his supporters “to go home now.”

Trump’s tweet was quickly flagged by Twitter and prevented from being liked, retweeted or replied to “due to a risk of violence.”

Under the order, no one “other than persons designated by the Mayor shall walk, bike, run, loiter, stand, or motor by car or other mode of transport upon any street, alley, park, or other public place within the District,” Bowser said in a statement.

Oil prices fall with rising virus cases in US, China