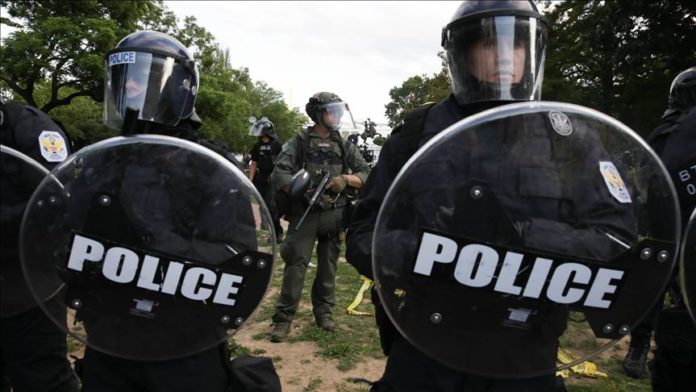 “I imposed a curfew at 7pm. A full 25 minutes before the curfew & w/o provocation, federal police used munitions on peaceful protestors in front of the White House, an act that will make the job of @DCPoliceDept officers more difficult. Shameful!” she tweeted.

Police backed by the National Guard stormed the peaceful protest at Lafayette Park across from the White House.

Trump made the surprise visit to St. John’s Episcopal Church in Washington, DC on Monday, which was vandalized during overnight protests over the death of George Floyd, an unarmed black man, at the hands of police.

His visit came shortly after he said he would be “going to pay my respects to a very very special place” during a press briefing at the White House.

Later, Trump posed for photos in front of the church and raised a black-covered Bible for reporters to see.

The protests have been raging in the US since a video went viral on social media showing Floyd being pinned down by Derek Chauvin, a white police officer, as he was being arrested in Minneapolis, Minnesota on May 25.