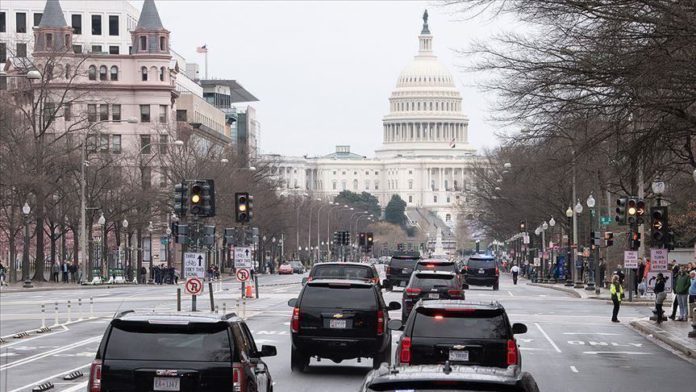 The nation’s capital recorded the highest single-day jump in confirmed coronavirus cases on Friday as cases spiked by 335 as testing expands.

Washington D.C. Mayor Muriel Bowser said city officials have “always known” that their peak in number of daily cases was going to come in May, and that officials expect the trend to continue.

“And so while we are hearing reports of a flattening of the curve, and certainly we have less cases today than we thought we would when we started our response, we have not hit our peak,” she said during an interview with local NBC affiliate WRC-TV.

Total cases in the district now stand at 4,658 with deaths at 231 after seven were added Friday, according to official data.

D.C.’s upward trend is indicative of the wider capital region with Maryland seeing a massive upsurge in cases with 1,730 more reported there Friday, raising the state’s total to 23,472. And in Virginia 929 new positives were recorded, raising the commonwealth’s total to 16,109.

Deaths in Maryland stand at 1,098 after 51 people died of the virus on Thursday, and fatalities in Virginia are nearing 600.

Bowser and the governors of Virginia and Maryland have said they want to see a downward trend in cases and hospitalizations before they begin the process to reopen their localities, indicating shelter-in-place orders are unlikely to be lifted anytime soon.

“While other places in the country may have hit their peaks, may be loosening restrictions, we have to stay focused on how to continue to contain the virus,” Bowser said.

Over half of the states in the US are beginning the process to reopen in the coming days, even as total infections nationwide have exceeded one million.

A new report from the Brookings Institute think tank in Washington, D.C. found the virus is expanding in rural areas that had previously been relatively spared from the outbreak.