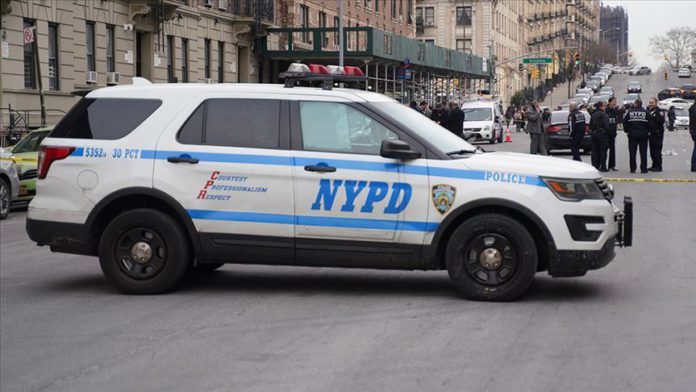 Lafayette Park across from the White House became the focal point Sunday of protests over the murder of George Floyd as the nation’s capital saw a third day of demonstrations.

Protestors began flocking to the scene earlier in the day and numbered over a thousand by nightfall.

The demonstrators, including White, Black and Hispanic Americans and Muslims, chanted “I can’t breathe,” “Hands up, Don’t shoot!,” “No Justice, No Peace” and “Black Lives Matter.”

At some moments, police behind a security barricade stepped back and protestors cheered, while other times, they approached the barricade to push back the demonstrators using pepper spray, raising a furor.

Despite being mostly peaceful protests, by late evening, police used flash bangs to disperse the demonstrators and block them from marching towards the White House.

On Saturday, protestors clashed with police, damaged three police SUVs and burned a civilian SUV in the vicinity of Lafayette Park. The first protests erupted on Friday.

They demanded an end to police brutality and justice for Floyd as violent demonstrations gripped the country, with reported looting, arsons and fierce clashes with law enforcement officers.

The death of the unarmed black man in Minneapolis police custody prompted tens of thousands of people to take to the streets of major cities from Seattle to New York.

In the hope of quelling the protests, Washington, D.C. Mayor Muriel Bowser has imposed a citywide nighttime curfew, saying it will go into effect at 11 p.m. Sunday and will last through 6 a.m. Monday.

Chacajua James, a DC resident, told Anadolu Agency that she has been witnessing police violence in her neighborhood every day.

“I am tired of it. I am tired,” she said, breaking into tears. “They are killing us. I want change, change of the system. I don’t want riots.”

She said she was proud of the nationwide protests and pleased to see people from all walks of life joining them.

“I am here for justice,” Kaila Park, 20, another DC resident, told Anadolu Agency.

Floyd, 46, died after police officer Derek Chauvin knelt on his neck for nearly nine minutes. His last words were “I can’t breathe,” which became the slogan of the nationwide protests.

His death has strong parallels to that of Eric Garner, who died during a 2014 arrest in New York, also repeatedly pleading with officers, “I can’t breathe.”