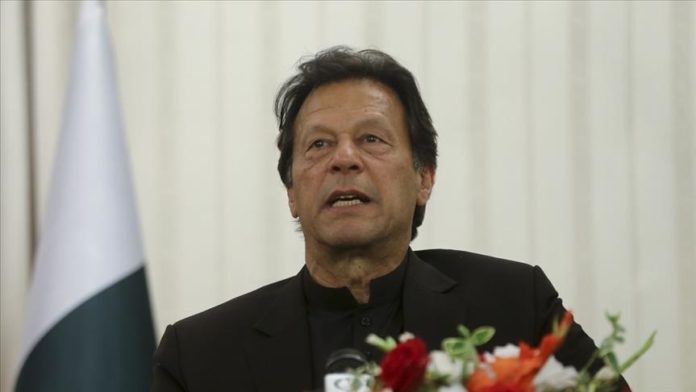 Pakistan’s Prime Minister Imran Khan said the US cannot win the war in neighboring Afghanistan even if Islamabad agrees to provide bases to Washington for counterterrorism operations.

If Pakistan bows to US demand, Khan said, it would again be targeted for revenge by “terrorists” if civil war breaks out instead of a political settlement in the conflict-wreaked country.

He was referring to the more than two-decade-long militancy that has haunted the South Asian nuclear Muslim state for siding with Washington in its so-called war against terrorism.

“After joining the US effort, Pakistan was targeted as a collaborator, leading to terrorism against our country from the Tehreek-i-Taliban Pakistan and other groups. US drone attacks, which I warned against, didn’t win the war, but they did create hatred for Americans, swelling the ranks of terrorist groups against both our countries,” he wrote Monday in an opinion piece for The Washington Post.

“We simply cannot afford this. We have already paid too heavy a price. Meanwhile, if the US, with the most powerful military machine in history, couldn’t win the war from inside Afghanistan after 20 years, how would America do it from bases in our country?” he argued.

Islamabad has already refused to allow the US to carry out counter-terrorism operations following Washington’s scheduled pullout from Afghanistan.

“Pakistan is ready to be a partner for peace in Afghanistan with the US. But as US troops withdraw, we will avoid risking further conflict,” he wrote.

Acknowledging that Islamabad made a mistake by choosing between warring groups, Khan said Pakistan has learned from that experience and had no “favorites” in Afghanistan.

“We oppose any military takeover of Afghanistan, which will lead only to decades of civil war, as the Taliban cannot win over the whole of the country, and yet must be included in any government for it to succeed,” he said.

Comparing losses Islamabad incurred during the war against terrorism and compensation from the US, Khan said: “More than 70,000 Pakistanis have been killed. While the US provided $20 billion in aid, losses to the Pakistani economy have exceeded $150 billion. Tourism and investment dried up.”

He admitted that Pakistan sent its army to the erstwhile northwestern tribal belt, which borders Afghanistan, because of US pressure in 2004, which triggered a deadly wave of suicide bombings and terror attacks on the armed forces and civilians.

“It was in the false expectation that it would end the insurgency. But it didn’t,” he said, adding that “collateral damage” caused by the incursion displaced more than 1 million tribesmen from North Waziristan and killed “many more soldiers than the US lost in Afghanistan and Iraq combined,” in addition to billions of dollars in damage to the economy and infrastructure.

Reiterating his longtime stance that there is no military solution to the Afghanistan problem, the premier urged a political settlement to end the decades-long conflict.

“We want a negotiated peace, not civil war. We need stability and an end to terrorism aimed at both our countries. We support an agreement that preserves the development gains made in Afghanistan in the past two decades. And we want economic development, and increased trade and connectivity in Central Asia, to lift our economy. We will all go down the drain if there is further civil war,” he wrote.

Khan said he hopes Kabul will show “some more flexibility,” and that it was Pakistan that brought the Taliban to the negotiating table “first with the Americans, then with the Afghan government.”

“We know that if the Taliban tries to declare a military victory, it will lead to endless bloodshed,” he said.