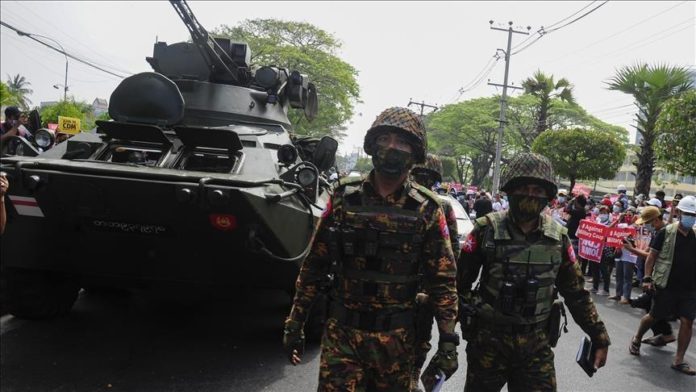 The US has called on the Association of Southeast Nations (ASEAN) to take joint action to end violence, restore Myanmar’s democracy and release all those unjustly detained.

The call came during US Secretary of State Anthony Blinken’s first video conference with foreign ministers from the 10-member bloc since he took office in January on Tuesday.

In a statement by his office, Blinken expressed deep concerns about the military coup in the Southeast Asian country and recalled the principles of the ASEAN Charter relating to the rule of law, good governance, democracy, and human rights.

In the Special ASEAN-US Foreign Ministerial Meeting, the secretary also reaffirmed the US commitment to ASEAN centrality and underscored its essential role in the Indo-Pacific’s regional architecture.

He highlighted the country’s rejection of China’s “unlawful” maritime claims in the South China Sea, and reiterated that Washington stands with the Southeast Asian claimants in the face of Chinese “coercion.”

In April, ASEAN leaders called for an immediate end to violence in Myanmar, substantive dialogue among all parties involved, and mediation by a special envoy. But little progress has been made so far.

The Feb. 1 takeover has led to months of demonstrations and a mass civil disobedience movement, which has been met with brutal force. The death toll has risen to 906, according to the Assistance Association for Political Prisoners, a local monitoring group.

The US has sought to improve relations with ASEAN and pursue collaboration with major democracies in the Indo-Pacific region, including Japan, Australia, and India.