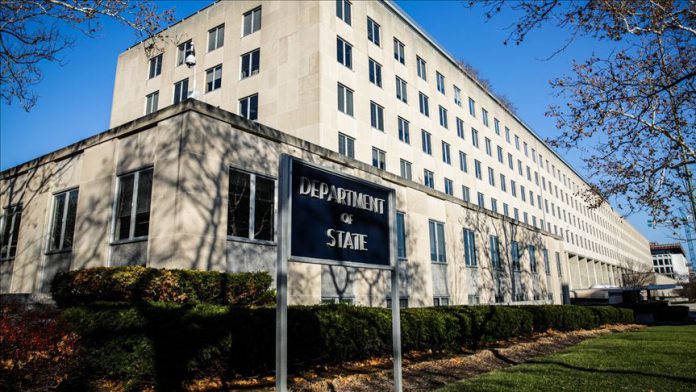 The U.S. on Thursday voiced solidarity with its NATO ally Turkey, calling for an “immediate end” to the Bashar al-Assad regime’s offensive on northwestern Syria’s Idlib province following deadly attacks on Turkish forces.

“We stand by our NATO Ally Turkey and continue to call for an immediate end to this despicable offensive by the Assad regime, Russia and Iranian-backed forces,” a State Department spokesperson speaking on condition of anonymity told Anadolu Agency.

“As the President and the Secretary have said, we are looking at options on how we can best support Turkey in this crisis,” the spokesperson added.

Read more: US calls for end to Syrian regime's offensive