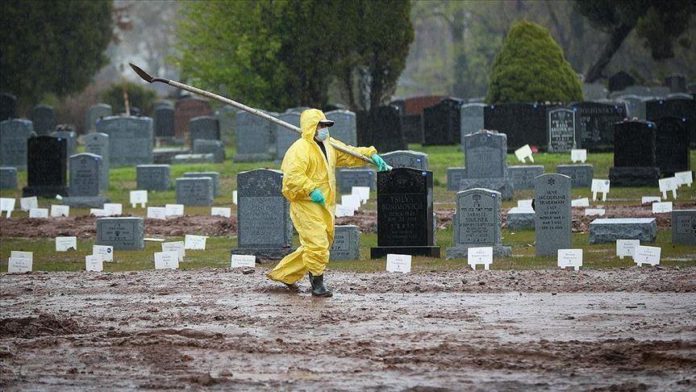 California on Thursday became the first US state to pass 50,000 deaths from the novel coronavirus, according to Johns Hopkins University data.

The death toll stood at 50,972 in the Golden State, while 505,890 people have lost their lives in the US since the start of the pandemic.

While California has seen more than 3.5 million infections, the entire US has seen 28.3 million cases since the beginning.

California, which has a population of less than 40 million, saw over 9,700 deaths during the months of December and January.

“It is heartbreaking to report on this large number of additional deaths associated with Covid-19 and a devastating reminder of the terrible toll the winter surge has taken on so many families across the county,” Barbara Ferrer, director of the Los Angeles County Department of Public Health, said in a statement.

While there are 1,881 reported cases in 45 US states of the UK variant B.1.1.7, 46 cases of the South African B.1.351 strain have been seen in 10 states, and the P.1 variant that emerged in Brazil has been seen in five cases in two states, according to the latest data from Centers for Disease Control and Prevention (CDC).