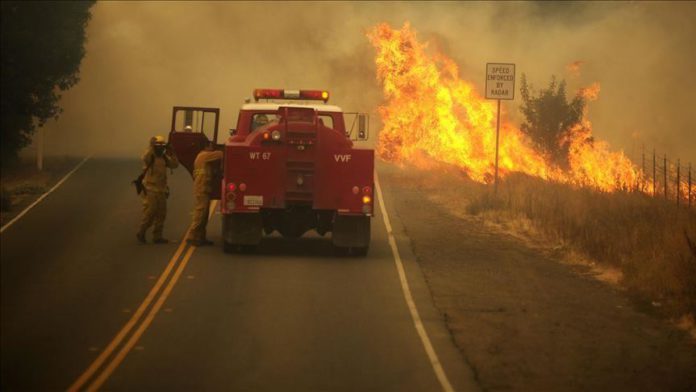 More than 100,000 people were placed under mandatory evacuation as two wildfires ripped through southern California in the US.

However, no significant fire-related structure losses have been reported, only one home was damaged in Yorba Linda.

The Silverado Fire that began Monday is threatening Irvine that has nearly 280,000 residents.

More than 90,000 residents in Irvine and at least 10,000 in the Yorba Linda area have been under evacuation orders since Monday.

Although investigations continue to find the cause of new fires, electricity supply company Southern California Edison on Monday filed a wildfire incident report with state regulators, saying its equipment might have caused the Silverado Fire.

More than 8,800 fires were reported in 2020 by Cal Fire and the US Forest Service with more than 4 million acres burned.