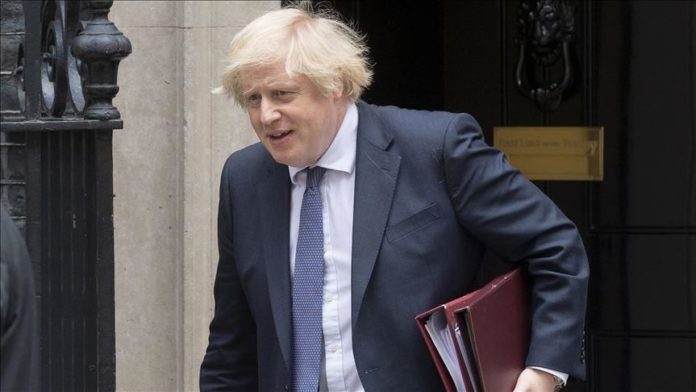 An American businesswoman effectively admitted in an interview with a UK publication that she had an affair with British Prime Minister Boris Johnson when he was the mayor of London.

Johnson has previously faced accusations that he used his position to give Jennifer Arcuri preferential treatment.

The Daily Mail asked Arcuri, 35, if she had an affair with Johnson, 56, who was married at the time.

“I think that goes without saying,” she said in the interview published Saturday. “It’s pretty much out there … But I’m not going to talk about it.”

She said: “You’d have to be a fool not to get swept away by those avalanches of passion, especially when you’re singled out as a young woman in London.”

“Boris has a record of falling madly, truly, deeply. He meets a woman and has an amazing way of making her feel as if she’s the most important thing in his life,” Arcuri said.

“There was a kind of reckless, blind passion that he showed me. He reeked of it. He cared about me – when I walked in a room, everyone knew.”

“At the time I cared for him very deeply, but I never used the L word. I wouldn’t have recognized being in love,” she said.

“I cared very much about this man and I think that’s resolutely clear. That’s all I want to say.”

Johnson was almost subject to a criminal investigation, but the Independent Office for Police Conduct (IOPC) found no evidence that he used his position to secure Arcuri £126,000 (over $162,000) in public money for business ventures, or for her to accompany him on foreign trade trips.

However, in a 112-page report, the IOPC did say that Johnson should have declared that there was a potential conflict of interest, and that his failure to do so could have breached the code of conduct.

The report said “there was evidence to suggest that those officers making decisions about sponsorship monies and attendance on trade missions thought that there was a close relationship between Mr. Johnson and Ms. Arcuri, and this influenced their decision-making.”

“They claim I profited financially from my friendship with Boris. It’s not true.” Arcuri told the Daily Mail.

The IOPC investigation, launched after the Johnson-Arcuri scandal became public in 2019, ended last May.

The London Assembly will carry out its own separate investigation into Johnson’s time as mayor.

The British prime minister has previously refused to confirm or deny the affair, which is reported to have ended in 2016 when he finished his final term as London mayor.

Arcuri, who is currently in the US, said she intends to return to the UK and has been working on a “fictionalized comedy drama about a young American woman and her political encounters in London.”

“I miss Boris, of course, because he’s someone I still care about. I wish there was something I could do to bring back that Boris spark because the nation needs it,” she said.