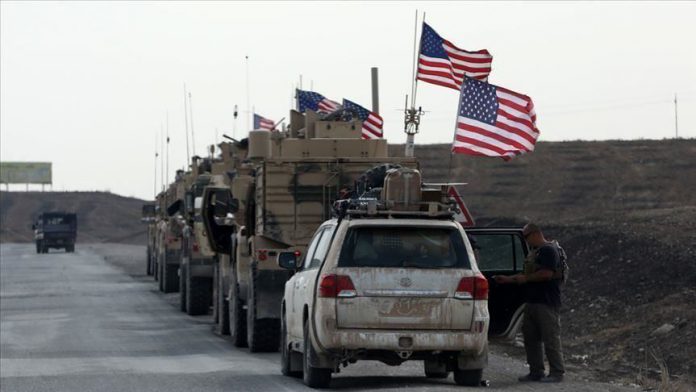 By Selen Temizer and Mohamad Misto

The military bases are being built in the 113th Brigade area and near al-Sur region, according to local sources.

While the footage captured by Anadolu Agency showed that many construction equipment are put into action, it was learnt the U.S. has sent 250 to 300 additional soldiers, armored vehicles, heavy weapons and ammunitions to the region.