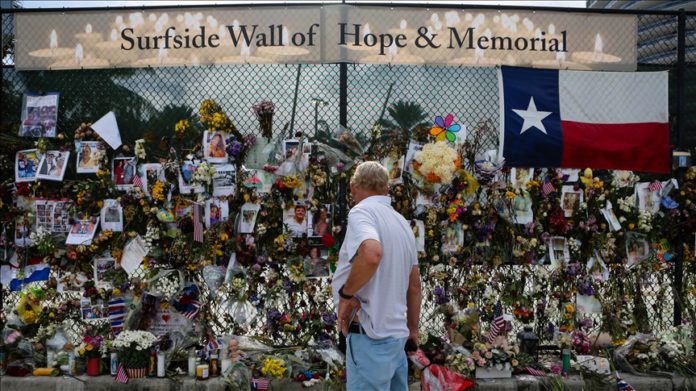 The number of victims in last month’s collapse of a Miami-area condominium in the state of Florida reached 60 on Thursday, after “search and rescue” efforts were switched to a “recovery” operation.

Miami-Dade Mayor Daniella Levine Cava said another six bodies were pulled from the rubble, bringing the number positively identified to 35.

A total of 80 people are still missing.

Levine Cava said rabbis are embedded with searchers, to make sure bodies are treated in accordance with Jewish tradition. It is estimated that among the 6,000 residents of Surfside, where the Champlain Towers South condo collapsed, almost half are Jewish.

The switch to a “recovery” mode means that while searching still goes on continuously in the pile of debris, there is less urgency to hunt for survivors, and searchers will not put themselves in harm’s way.

Levine Cava said it was an “extremely difficult decision” late Wednesday to switch from “rescue” to “recovery,” which officially began at midnight.

“Our top priority since day one was to do everything possible in the search of survivors,” she said. “To share this news with the families who are still missing their loved ones, was devastating.”

The search effort paused for several minutes late Wednesday for a moment of prayers for the victims. A line of mourners, first responders, rabbis and chaplains stretched for nearly two blocks outside the massive pile of rubble.

Rescue work paused again at 1.20 a.m. Thursday for another moment of silence to mark the moment on June 24 when half the condo tower fell.

A controlled demolition brought down the other half on Sunday, and that has freed searchers to find more bodies daily.

There was only one person pulled alive from the rubble, in the hours right after the collapse.

Investigators continue to look at structural flaws as a possible cause.