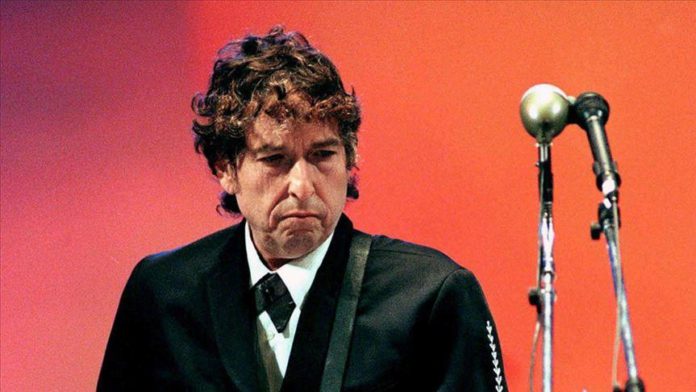 Legendary singer-songwriter Bob Dylan has sold his entire catalog of songs to US-based global music corporation Universal Music Group (UMG) for an undisclosed amount, according to reports on Monday.

The catalog includes more than 600 copyrights of songs spanning almost six decades, which include classics such as “Blowin’ in the Wind,” “Knockin’ On Heaven’s Door,” and the Academy Award-winning “Things Have Changed.”

Widely regarded as one of the greatest songwriters of all time, Dylan has sold more than 125 million records worldwide since the release of his first album in 1961.

“Great songwriters recognize authenticity and gravitate to those companies whose people honor their creativity and, in turn, create true value for their work,” said Lucian Grainge, UMG chairman and CEO, according to reports.

The monetary value of copyrights in music industry has soared in recent years, as the sector has gone digital with streaming technology allowing companies to attract millions of new users with subscription fees.

In addition to having 10 Grammy Awards and a Golden Globe Award, Dylan was inducted into the Rock and Roll Hall of Fame in 1988.

A Pulitzer Prize jury in 2008 awarded him a special citation for “his profound impact on popular music and American culture,” while in 2012 then-US President Barack Obama awarded him the Presidential Medal of Freedom, saying: “There is not a bigger giant in the history of American music.”

In 2016 he was awarded the Nobel Prize in Literature “for having created new poetic expressions within the great American song tradition.”

Some of his songs and lyrics in 1960s became anthems for civil right movement and protests against the Vietnam War.

Dylan was born Robert Allen Zimmerman in the US state of Minnesota before changing his name and becoming a popular culture icon.

In his 2004 autobiography, he wrote that the family of his paternal grandmother family originated from Kars, in northeastern Turkey.