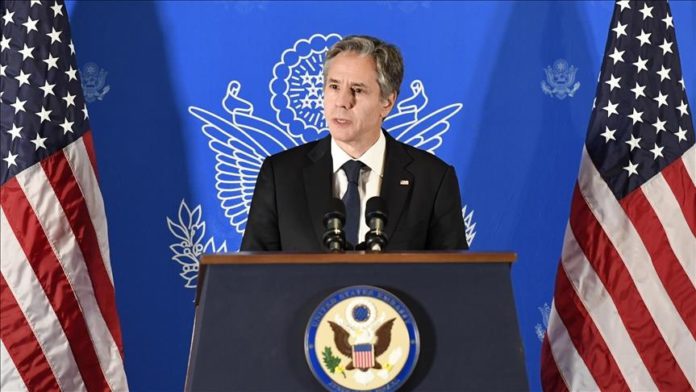 US Secretary of State Antony Blinken spoke by phone with Chinese Communist Party Politburo Member and Director of the Office of the Foreign Affairs Commission Yang Jiechi, according to a State Department statement.

The two officials discussed the US’ comprehensive North Korea policy review, focusing on the need for the US and China to work together for the denuclearization of the Korean Peninsula, Spokesman Ned Price said in the statement.

They also discussed global challenges, Iran, Myanmar, the climate crisis, and the coronavirus pandemic about which Blinken stressed the importance of cooperation and transparency regarding the origin of the virus, including the need for the World Health Organization Phase 2 expert-led studies in China.

“The Secretary underscored U.S. concern over the deterioration of democratic norms in Hong Kong and the ongoing genocide and crimes against humanity against predominantly Muslim Uyghurs and members of other ethnic and religious minority groups in Xinjiang,” the statement said.

“He also called on Beijing to cease its pressure campaign against Taiwan and peacefully resolve cross-Strait issues. The Secretary raised several cases of U.S. and Canadian citizens subject to arbitrary detention and exit bans in China and called for the immediate release of those wrongfully detained,” it added.