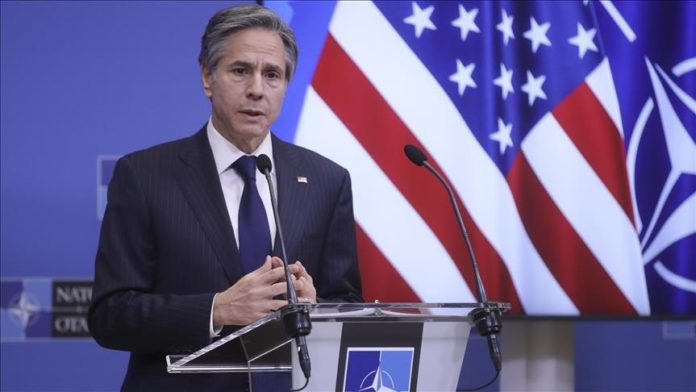 The top US diplomat on Wednesday described Iran’s intent to begin uranium enrichment as “provocative,” because the move undermines its seriousness on nuclear talks.

Antony Blinken said P5+1 countries — China, France, Russia, the UK, Germany, and the US — should be unified and united in rejecting Tehran’s move.

“This step calls into question Iran’s seriousness with regard to the nuclear talks, just as it underscores the imperative of returning to mutual compliance” with the Joint Comprehensive Plan of Action, or JCPOA, Blinken said during a news conference at NATO headquarters in Brussels.

He said Washington and Iran have stated an objective to return to mutual compliance with the nuclear deal.

“We’ve been engaged constructively in a diplomatic process to achieve that goal, and at the end of last week we explored concrete approaches that we could take, the steps that the United States and Iran would take to return to compliance.

Iran informed the international nuclear watchdog on Tuesday of its plan to ramp up uranium enrichment following an attack at its Natanz nuclear facility, located in the Isfahan province.

The International Atomic Energy Agency (IAEA) confirmed the development and said Tehran communicated its intention to start producing uranium hexafluoride (UF6) enriched up to 60% at a pilot fuel enrichment plant at Natanz.

Iran had been enriching uranium up to 20% since the beginning of 2021, even though under the nuclear deal, it agreed to enrich only up to 3.67%.