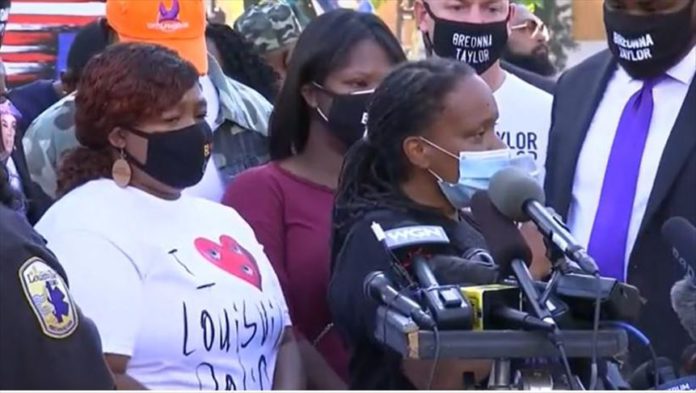 “Tamika Palmer and her entire family… is heartbroken, devastated, and outraged, confused and bewildered just like all of us as to what the Kentucky Attorney General Daniel Cameron present to the grand jury,” Attorney Ben Crump said in a press conference along with the family, Fox News reported.

Crump was referring to the grand jury’s decision to return a criminal indictment Wednesday against a former Louisville, Kentucky police officer on charges related to the case of Taylor, a Black healthcare worker who was fatally shot by police six months ago.

Brett Hankison, who was fired in June, was indicted only on three counts of wanton endangerment in the first degree. The charges stem from shots fired into an adjacent property.

“That is why we are standing here today united in solidarity, declaring and demanding that he release the transcripts of the grand jury proceedings so we can know if there was anybody giving a voice to Breonna Taylor,” he added.

The lawyer accused the American justice system of having different proceedings for “Black America and White America.”

Hankinson was one of three officers who faced potential charges related to the March 13 fatal raid that left Taylor, 26, dead after police executed a no-knock warrant at her residence. Officers Myles Cosgrove and Jonathan Mattingly were not charged.

Taylor was shot eight times in her home as officers and her boyfriend, Kenneth Walker, 28, exchanged gunfire while police attempted to carry out a narcotics raid.