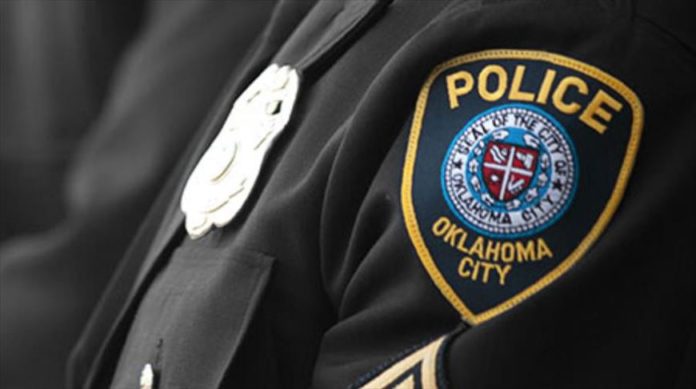 The Oklahoma City Police Department has released video recordings of a 2019 arrest of a black man who repeatedly pleaded “I can’t breathe” in between moans shortly before he died in custody.

One of two officers who were carrying out the arrest at that point replied “I don’t care” after the man is tackled to the ground following a foot pursuit. At least one officer appears in body camera footage to straddle him in an attempt to place him in handcuffs.

“Stop resisting,” says the other officer as he continues to cry out.

The suspect, identified as Derrick Scott, 42, was arrested on May 20, 2019. The video footage was released on Monday following demands from the Oklahoma City Black Lives Matter group.

In all, he was pinned to the ground for roughly eight minutes while officers waited for paramedics to arrive, according to the three body camera videos released by police. He is eventually rolled on to his side in what police say is a position that helps arrestees breathe.

After paramedics arrive, they appear to assess his vitals and ask him questions. He seems disoriented in the footage but conscious. He grunts repeatedly, with one of the individuals present — it is unclear if it is an officer or a paramedic — appearing to say “quit fighting.”

He appears to be bouncing on the ground at that point. He is then loaded on to a stretcher, struggling against those present, and taken to a waiting ambulance as he continues to scream. The footage cuts out before one body camera restarts, appearing to show an officer administering CPR inside the ambulance.

Scott was pronounced dead at a local hospital about an hour after the arrest, according to the Oklahoman local newspaper.

Scott’s pleas have become an all too common refrain. They echo those of Eric Garner and foreshadowed those of George Floyd, whose May 25 death has led to unprecedented mass calls to defund or disband local police departments as well as reform tactics police use during arrests.

Floyd was handcuffed and pinned to the ground, his neck compressed by an officer’s knee for nearly nine minutes during his fatal arrest. He used some of his final words to tell the officer he could not breathe.

The National Association for the Advancement of Colored People’s Legal Defense Fund responded to news of the Oklahoma City police videos by calling for “the end of fatal police maneuvers.”

Officers were responding to a disturbance call of a man “brandishing a firearm” when they came across Scott, Oklahoma City Police Capt. Larry Withrow said during a press conference Tuesday, according to the Oklahoman.

Police recovered a loaded handgun from Scott’s pocket, Withrow said. One can be seen in the body camera recordings, with an officer appearing to unload its magazine before placing it on the hood of a police car parked at the scene.

The Oklahoma medical examiner’s office said Scott’s manner of death was “undetermined,” but said he died as a result of a collapsed lung, according to the newspaper. The office listed heart disease, physical restraint, recent methamphetamine use, asthma and emphysema as contributing factors.

Trump suspends legal immigration to US for 60 days